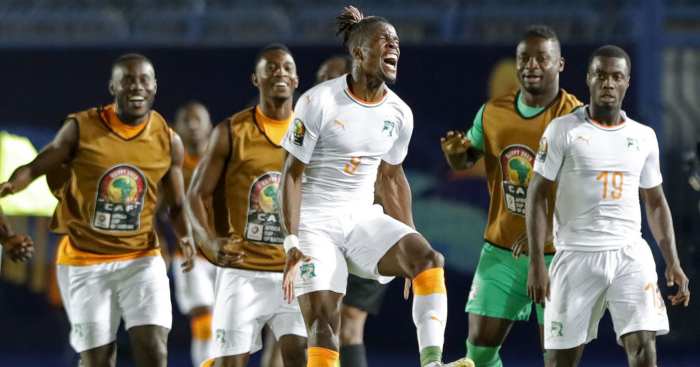 A report has picked out three players that Arsenal will consider if they fail to land their number one target Wilfried Zaha, according to reports.

The Gunners had a reported £40million bid for Crystal Palace winger Zaha rejected with The Sun saying Arsenal wanted to pay the fee over five years while asking for ‘a hefty discount’ if they managed to reimburse the Eagles early.

That is understood to be nowhere near Palace’s valuation as they want closer to £80million for their most prized asset after selling Aaron Wan-Bissaka for £50m to Manchester United.

Arsenal‘s reported budget is widely reported to be only £40m – or £45m depending on which source you read – and the Daily Mirror recently claimed that the Gunners have offered Carl Jenkinson, Calum Chambers and Mohamed Elneny to Palace ‘in the hope it will act as a sweetener’ in a deal for Zaha.

However, if a deal doesn’t materialise for Zaha then Football.London claim that Arsenal ‘have alternate irons in the fire’ with Ryan Fraser the main option.

The reports add that Bournemouth still want ‘in excess of £30m’ for the Scotland international despite his contract only having 12 months to run.

Yannick Carrasco and Lucas Vazquez have also been reported as targets but the Gunners ‘have done little beyond exploratory work’ on the pair and they are not understood to be ‘viewed as serious targets.’

Football.London continues by saying that free agent Yacine Brahimi and Barcelona forward Malcom could be ‘fall-back’ options for Arsenal.

Denis Suarez’s unsuccessful loan stint in north London means it is less likely Arsenal would be able to land Malcom on loan and Barca are keen to get rid of the Brazilian on a permanent basis.