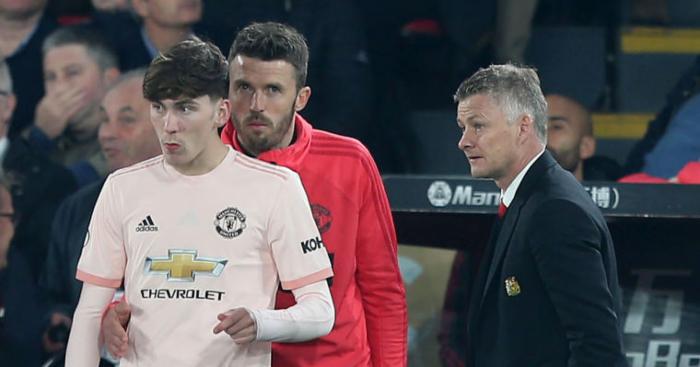 Manchester United expect James Garner to be the next youngster off the production line to make a positive contribution to Ole Gunnar Solskjaer’s squad, according to reports.

However, one bright spark to come out of the season so far is the integration of youth into Solskjaer’s squad, including the likes of Mason Greenwood, Scott McTominay, Axel Tuanzebe, Tahith Chong and Angel Gomes.

And The Times claims that ‘there is an expectation’ that Garner, who made his United debut against Crystal Palace in February, ‘will be the next one to step up and make a significant impact’.

The report adds that Brandon Williams, who was on the bench against Newcastle, is another one to watch as he is ‘highly regarded as a full back with the character to succeed.’