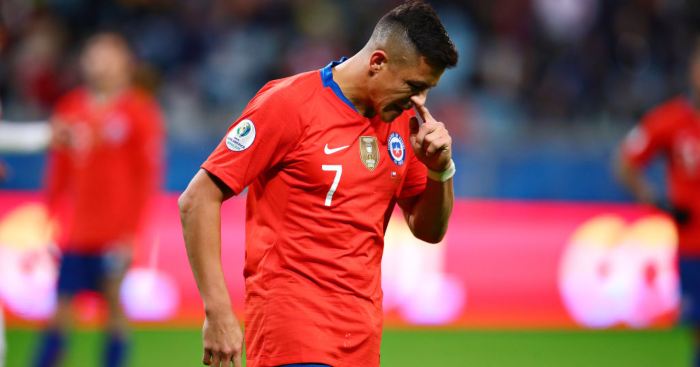 Inter Milan want Manchester United to pay half of Alexis Sanchez’s wages for the duration of his proposed loan move, according to reports.

Reports on Monday from ESPN FC reckon that Inter Milan have ‘registered their interest’ in Sanchez with the Serie A side ‘hoping to negotiate a loan deal’ before the European transfer window slams shut.

Gazzetta dello Sport (via Sport Witness) have a report on Monday that reveals more details about the negotiations between Inter and the Red Devils.

The Italian newspaper reckons Sanchez ‘will return’ to Italy after leaving Udinese for Barcelona in 2011 with Inter showing serious interest.

The Nerazzurri are moving forward with their interest in Sanchez after Roma turned down another offer for striker Edin Dzeko from their Serie A rivals.

Beppe Marotta and Piero Ausilio are working with the Chilean’s agent – who is currently in London – to negotiate with United.

Inter want a deal completed as soon as possible with the club hopeful of ‘white smoke’ in the next 48 hours.

The Serie A side would be happy to pay €2-3m for his loan move, with United paying half of his wages, while the deal would include an option to buy Sanchez at €12-15m.