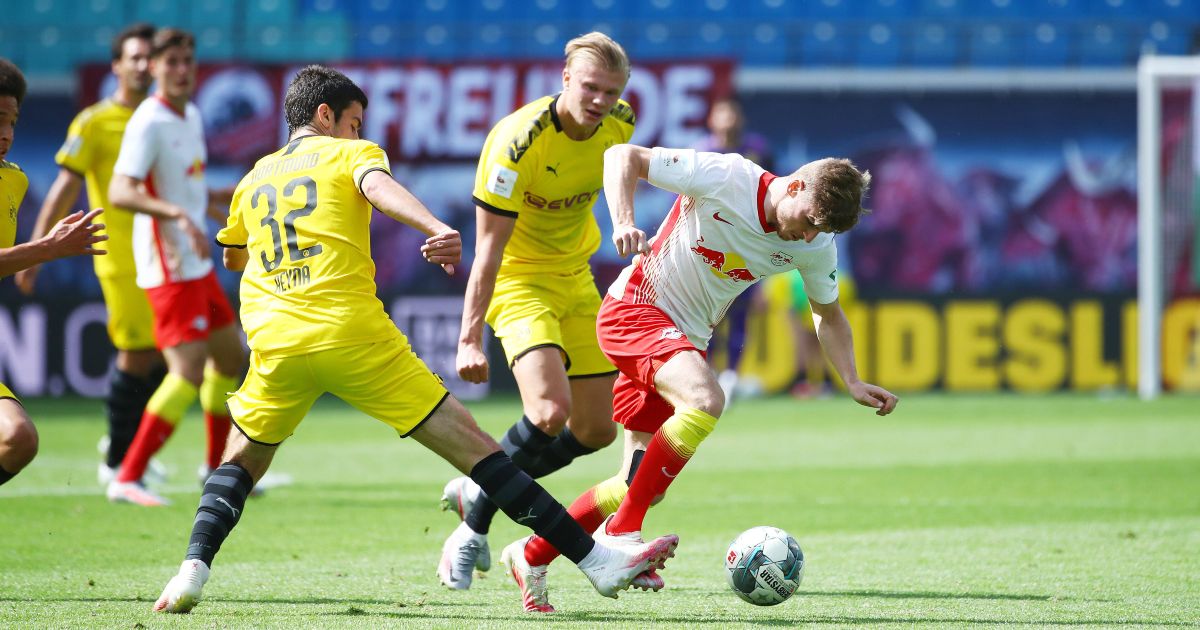 A report has dismissed that claims that Chelsea could use summer signing Timo Werner as part of a possible swap deal for Borussia Dortmund striker Erling Haaland.

Haaland has been tearing it up in the Bundesliga since moving to Dortmund from RB Salzburg in January 2020, bagging 49 goals in 49 games after plundering 29 in 27 matches while in Austria.

That form has made him one of the most sought-after players in world football with the likes of Liverpool, Manchester United, Manchester City, Paris Saint-Germain and Real Madrid all linked with a move.

OPINION: Enjoying an international break that actually feels like a break

Werner, meanwhile, has been on a downward trajectory since leaving RB Leipzig in the summer transfer window with only five Premier League goals to his name since arriving at Chelsea.

Werner’s poor form for the Blues along with rumoured interest in Haaland from Chelsea, saw Football Insider report that the pair could be involved in a ‘blockbuster part-exchange deal’.

A source told Football Insider that there ‘could be a deal on for Haaland this summer’ with Thomas Tuchel willing to make a ‘cash-plus-player’ offer for the striker.

That would see ‘Werner and a hefty sum’ given to Dortmund in exchange for Haaland, whose release clause of around £68m doesn’t come into play until the summer of 2022.

The report added that ‘Chelsea recognise it would probably take a £100m deal, or fee’ to land Haaland this summer.

However, Matt Law in the Daily Telegraph has dismissed those reports and says that the Blues’ ‘plans to try to recruit a new striker this summer do not currently include selling Timo Werner or offering him as part of a big-money bid for Erling Haaland’.

It is believed that the speculation is ‘not a serious option’ and that Chelsea will not use Werner to ‘sweeten a deal’.

Arsenal legend Ian Wright recently said he would back a “swap deal” if Chelsea decided to allow Werner to switch clubs in the summer.

Wright said: “When you look at him and the chances he misses, no matter how low your confidence is, he shouldn’t be missing those for the calibre of striker he’s supposed to be.

“We know he scored a lot of goals for RB Leipzig, but even when you’re not playing well and your confidence is low, he shouldn’t be missing them and then you start overdoing it.

“The natural goalscorers gets into that position and thinks, ‘thank god, this is the chance I wanted.’ He misses too many of those.

“For me, they’re going to have to create so many chances. Even Tammy [Abraham] at the minute is the same, he’s not as ruthless as he was. They go on spurts but they need to be more consistent.

“I don’t think they’ll sell Havertz. He’s somebody who I think we’ve got so much to see from him. So for me, I would keep Havertz.

“But if it carries on as it is with Werner, if you can get a swap deal and get someone else in, there’s no way they’re not thinking about that.

“I’m thinking that now because they need to get the goalscoring situation right. They’ve got it right defensively and got it right in front of the defence, they’ve got everything there so at some stage they will have to make that call on the centre forward.

“I don’t think they can wait around. They need that goalscorer to push them to where they want to be.”