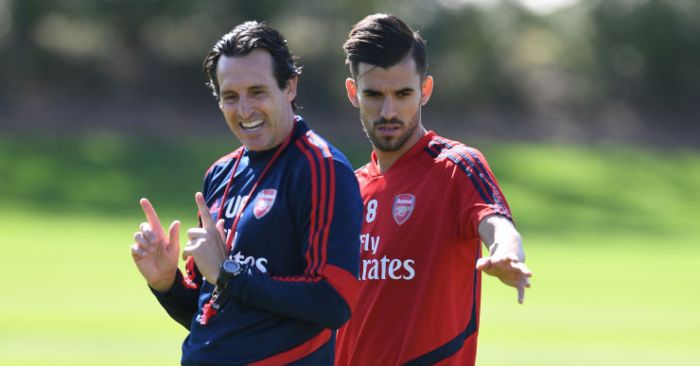 But the nature of their 2-2 draw with winless Watford has painted their season in an entirely bad light.

The Gunners were, by their own admission, “scared” and “lucky” to emerge with a point despite having led 2-0 at half-time.

Their tactics have come into question as a result, with a report from The Athletic shedding a light on the situation.

‘Arsenal might be a club in transition, but that’s not where they excel on the field. At his opening press conference, Emery spoke of his ambition to transform Arsenal into a “pressing” team,’ it reads.

The article then details how ‘a training ground source’ says ‘pressing has never been a major part of his tactical plans’ aside from ‘a few drills at the outset of last season’.

Emery is also said to ‘remain popular with the players’ despite ‘some frustration with the repetitious nature of some of his training methods’.

‘Last season, there was a brief period where Emery experimented with getting the first XI to train in a practice match against the under-23 side before a game. The academy side would line up exactly as the opposition were predicted to, with players detailed on who they were seeking to emulate. It was effectively a mock version of that weekend’s game, and the squad loved it.

‘After a few weeks, it disappeared from the training agenda, never to return.’

Read the full article here, why don’t you?