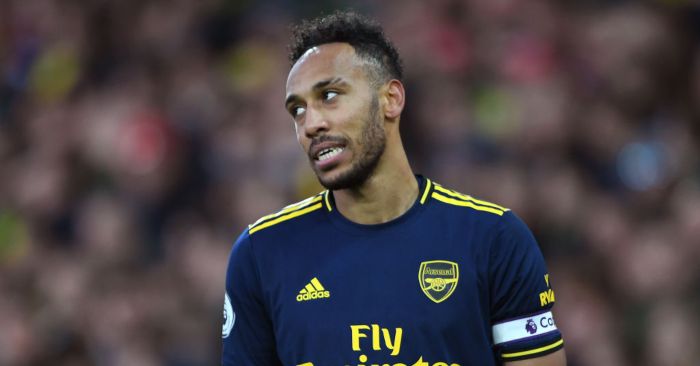 Arsenal have set their asking price for Pierre-Emerick Aubameyang after accepting that he could leave in the next transfer window, according to reports.

The Arsenal striker has been strongly linked with a move to a Champions League club, leaving both club and player to make a decision this summer.

And Spanish publication Sport (via the Metro) claims that Arsenal have ‘slapped a £50million price tag on’ Aubameyang after the 30-year-old ‘intimated that he won’t sign a new deal’.

Aubameyang joined the Gunners in 2018 for £57m but their failure to win trophies or challenge for the Premier League title has led to exit rumours.

The Metro adds that Aubameyang ‘wants to put himself at the front of the queue’ as Barcelona look to sign a new striker this summer and Arsenal are ‘slowly accepting’ that they are losing the battle to keep him at the Emirates Stadium.

And Arsenal have now held discussions with Barcelona over a potential sale with the Premier League club asking for £50m.