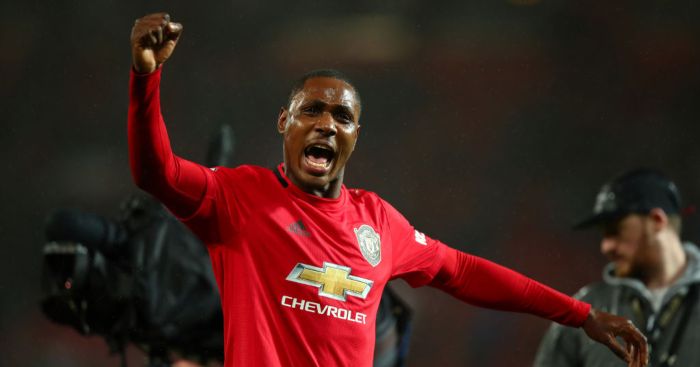 Man Utd will pay £10.5million in total to keep Shanghai Shenhua striker Odion Ighalo on loan until January 2021, according to reports.

Eyebrows were raised when the former Watford striker made his deadline day switch from the Chinese Super League side in January, but the 30-year-old quickly made an impression at Old Trafford.

FEATURE: Most expensive U-21 transfer from FIFA’s top 25 countries

But the Nigeria international is now staying put after an extension agreement was reached, keeping him at Man Utd until January 31, 2021.

And the Daily Mail claims that Man Utd have agreed to pay ‘a £6million fee’ to Shanghai Shenhua, while they have committed to pay ‘just under half of Ighalo’s £300,000-a-week wages’.

Despite Shanghai offering him a new contract, which would have seen his wages increased by a further £100,000 a week, Ighalo was keen to stay with the Red Devils.

Speaking last week on MUTV, Ole Gunnar Solskjaer discussed the outlook for Ighalo returning to Man Utd, he said: “They [Shanghai Greenland Shenhua] have been great towards us, allowing him to play for his dream club. It’s been a dream for him and hopefully he can finish what he started and win a trophy with us.”