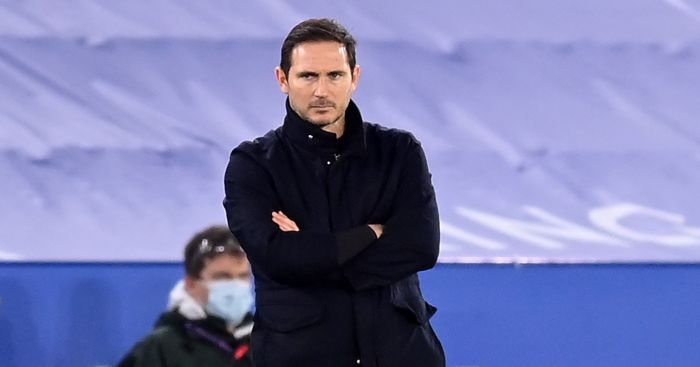 Chelsea will look to appoint a German-speaking manager as Frank Lampard’s days at Stamford Bridge seem to be numbered, according to reports.

The Blues lost 2-0 to Leicester City on Tuesday night with goals from Wilfried Ndidi and James Maddison sending the Foxes top of the Premier League.

Defeat – a sixth of the season – left Chelsea eighth in the top flight, five points behind the top four as the pressure mounts on boss Lampard.

OPINION: Frank Lampard will be sacked…it’s now when, not if

The Athletic journalist Simon Johnson claimed yesterday that Lampard could be sacked if he lost to Leicester and now the writing appears to be on the wall for the Chelsea legend.

And now The Athletic have a fresh report on Wednesday in which they describe the ‘sense of finality’ for Lampard after Chelsea lost for the fifth time in eight matches.

Pressure has been building for a while on Lampard, with the likes of Thomas Tuchel, Ralph Hasenhuttl, Julian Nagelsmann, Ralf Rangnick and Max Allegri all previously linked to the post.

The report adds that ‘there is a desire within the hierarchy to explore a German-speaking route when it comes to the next appointment, tapping into the influence of the Bundesliga’.

It is said that ‘the presence of Kai Havertz and Timo Werner in the ranks, players signed over the summer at huge expense’ is behind the ‘logic driving their thinking’.

Speaking after the match, Lampard said: “I can’t get caught up in what the reaction will be. I took this job knowing there will be difficult times. At the moment we have to fight.

“Where things were rosy in December, they are not so rosy now. When you are playing well like we were you relax and settle down and this game kicks you up the backside.

“I’m able to handle the pressure. I could sense these periods would come and that’s all I can concern myself about.

“There are players who are not playing as well as they should be, that’s a simple fact.

“I’m disappointed with both the goals. We know we can compete with Leicester when we are are playing well but when you go 2-0 down and you are in a difficult period of form it affects the game hugely.

“The players know they were beaten by a better team, a team we are behind and one we want to catch. The general theme of our performance was slow and sluggish.”