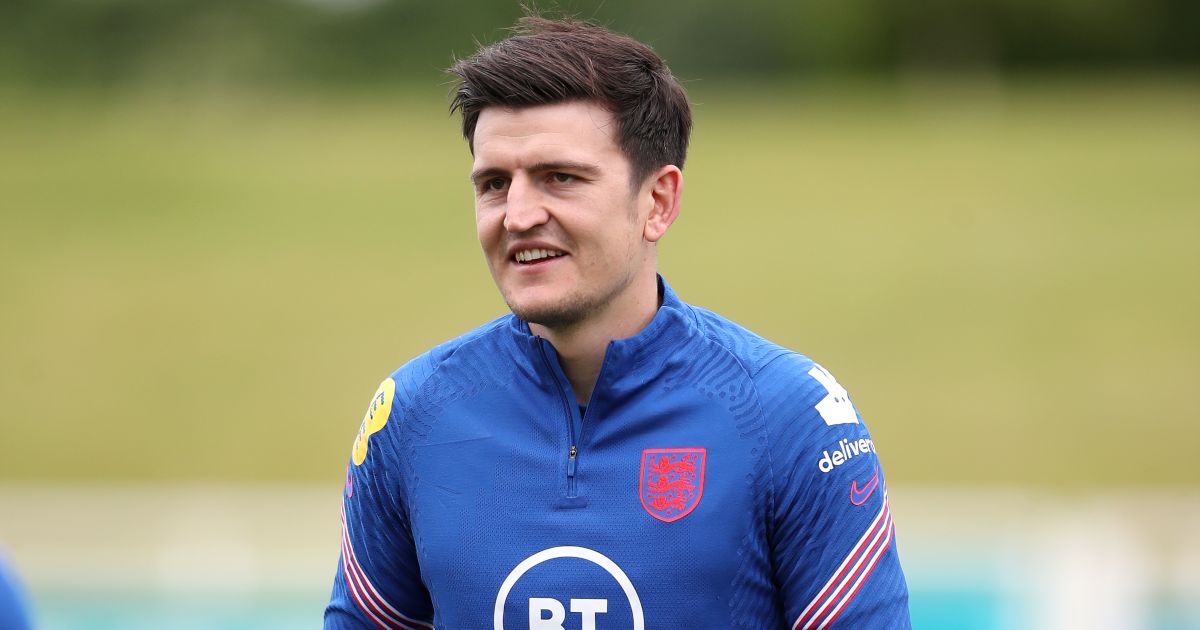 England defender Harry Maguire is hoping to be part of Gareth Southgate’s starting XI for their final Euro 2020 group game, according to reports.

Maguire was back training with the England squad yesterday as the Manchester United centre-back continuesd to step up his recovery from an ankle injury.

The 28-year-old’s fitness has been one of the main talking points as Sunday’s European Championship opener against Croatia comes into focus.

Maguire suffered ankle ligament damage in United’s Premier League win at Aston Villa on May 9 after Anwar El Ghazi awkwardly landed on him.

The defender sat out the rest of the season, including being an unused substitute for the Europa League final loss to Villarreal, and England boss Gareth Southgate said it would be a “bonus” for him to be involved at the Euros.

But Maguire has been making steady progress and, having worked away from the group in the gym on Wednesday, continued to ease his way back by training with the rest of the 26-man squad.

“Felt good to be back out there with the lads,” the defender wrote on Twitter alongside emojis of a flexed bicep and the England flag.

Felt good to be back out there with the lads 💪🏴󠁧󠁢󠁥󠁮󠁧󠁿 pic.twitter.com/dsUiSR6Dea

Maguire looked comfortable taking part in training drills with team-mates during the open section of the session at St George’s Park on Thursday, although his availability for Croatia still looks questionable.

And now John Cross in the Daily Mirror claims Maguire is ‘targeting a return for England’s final Group match with Czech Republic’.

The Three Lions defender is ‘hoping not to have any setbacks but clearly lacks match fitness and is well short of being ready to face Croatia on Sunday and even Scotland the following Friday.’

And Maguire is ‘hopeful though of being ready to play at least some part of the next Group match on June 22 which could be decisive for qualification’.

Maguire only missed four Premier League matches for Man Utd this season as he was an important member of Ole Gunnar Solskjaer’s side that finished second.