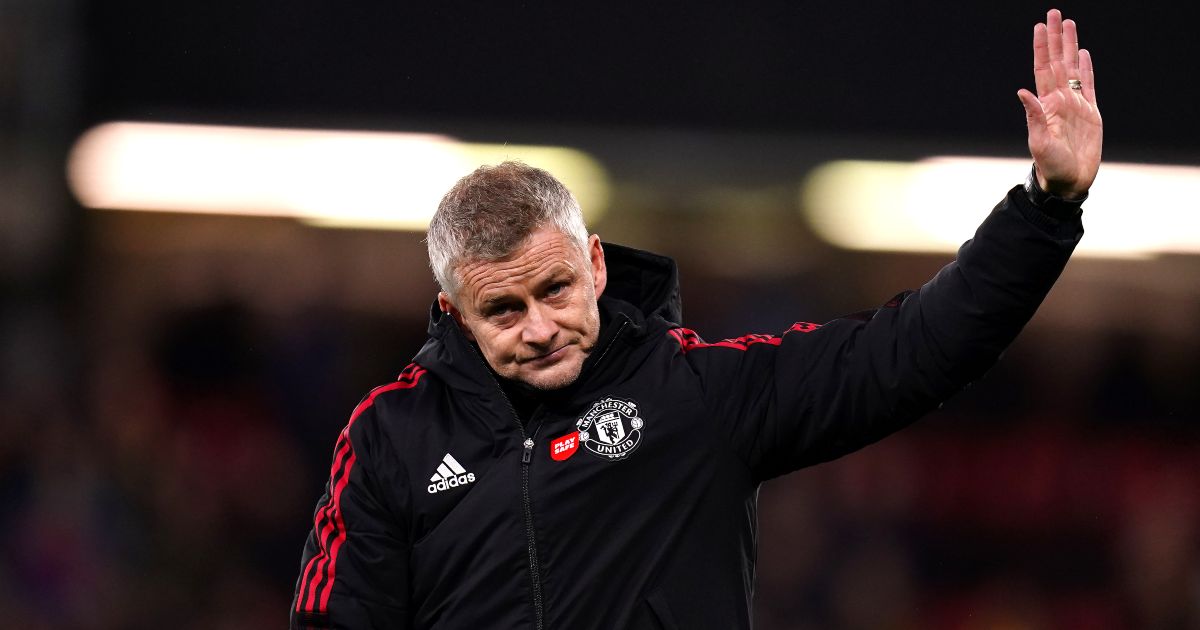 A report has revealed that Ole Gunnar Solskjaer could’ve still been in a job if Man Utd had staged a comeback against Watford.

The Red Devils were easily beaten by the Hornets on Saturday with the 4-1 loss costing Solskjaer his job on Sunday,

United’s defeat at Vicarage Road was their fifth in seven Premier League matches, while they have only won three of their last 11 fixtures in all competitions.

It was the manner of their defeat to Watford that was particuarly shocking but The Athletic claim that ‘had United roused themselves to get a draw, Solskjaer may have been saved’.

‘However, the manner of the collapse left Solskjaer aware of his fate. His applause to the travelling fans in the away end, though unreciprocated, was a farewell.

‘United’s players understood the inevitability too and several were emotional. Others were numb. Solskjaer said his goodbyes on Saturday night but added he would see his players the next day for what would prove a final send-off. The flight back to Manchester from Luton airport was sombre.’

Meanwhile, former Man Utd defender Gary Neville feels there are several things the club can do to connect with supporters again.

Neville told Sky Sports: “There are a number of things the club need to do. They need to appoint a great manager, they need to get this next appointment right to build on the work that has happened in the last two to three years, where they have been more measured in the transfer market and made better decisions.

“However, off the pitch, they need to build a vision for a football club. A vision is creating fan experience, putting Manchester United back to a point where there is a connection right the way through top to bottom.

“There’s regeneration; a new stadium, new training facilities, a women’s stadium, an academy stadium. You’ve got to make everyone believe they are on a journey to excellence and that culturally you’re connecting with people not just on a local or national level, but globally. Locally to start with, then you build a national community, then you build an international community.

“Manchester United talk regularly about building digital communities; I’ve been very critical of them in recent weeks, they seem to look a lot at algorithms, analytics and the sentiment of fans. But they need to get the core right.