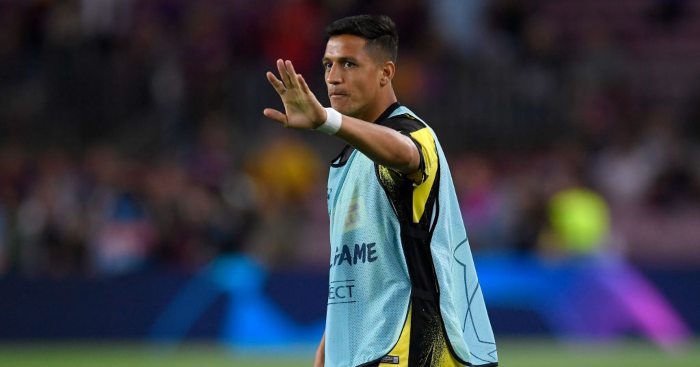 Manchester United will demand £25million for Alexis Sanchez once he returns to the club in the summer, according to reports.

He has produced a goal and an assist in his first four appearances for Inter, only two of which were starts, with Sanchez claiming he has “fallen in love with football again.”

And The Sun claims the Red Devils want to sell the striker on his return to Old Trafford in the summer and will ‘demand at least £25million’.

The ‘majority’ of that fee would go towards paying off a ‘mega severance package’ as the club would still owe Sanchez ‘around £50m in wages’.

A United source told The Sun: “The plan is to get some money back and use that to pay off most of his contract.

“There is a hope that he has a good spell at Inter and they or another club want to take him off our hands next summer.

“We have a fair valuation as he still has a few good years left in him based on his age and his strong reputation.”

Inter are understood to be paying around half of Sanchez’s wages this season but there is no agreement to make the deal permanent.