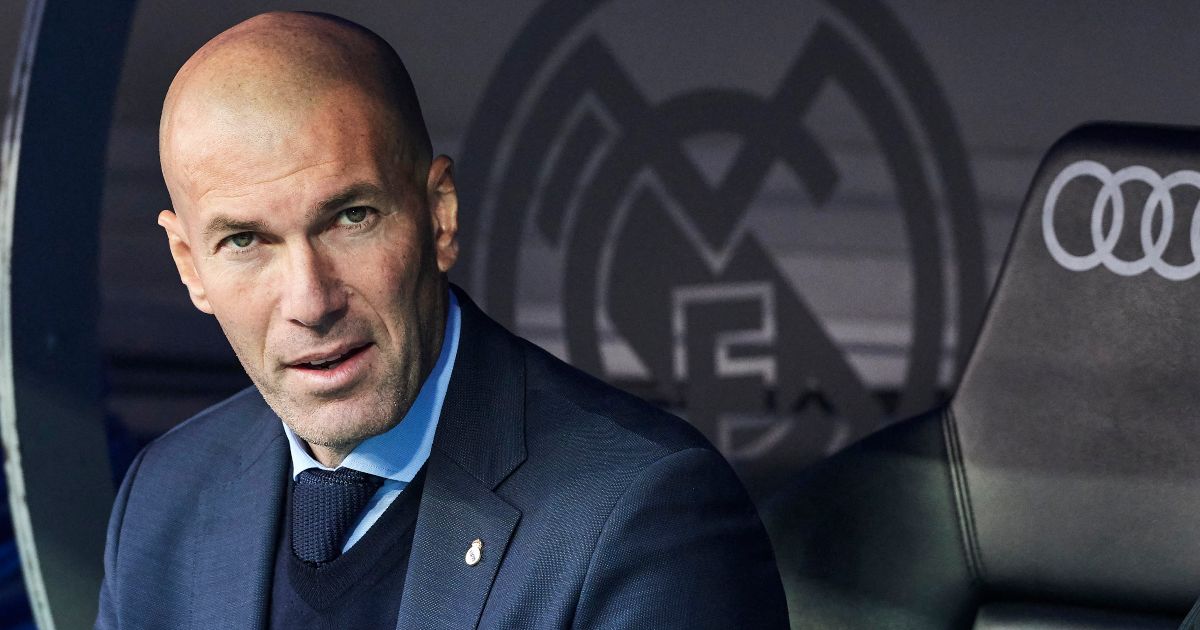 Man Utd plan to use Cristiano Ronaldo and Raphael Varane to lure Zinedine Zidane to Old Trafford, according to reports.

Under Ole Gunnar Solskjaer the Red Devils have only won three of their last ten matches in all competitions, while they have lost four of their last six fixtures in the Premier League.

Recent back-to-back home defeats to Liverpool and Manchester City in the league have particularly ramped up pressure on the Norwegian.

The real problem with Harry Maguire. And other mails…

It now feels inevitable that Solskjaer is replaced by another manager with the pressure building from media, pundits and supporters.

Leicester City boss Brendan Rodgers has been heavily linked over the past week with reports indicating he was the club’s top candidate to take over from Solskjaer.

However, the Sunday Times yesterday insisted that Man Utd were ‘stepping up their bid’ to land former Real Madrid boss Zidane as their next manager.

And now the Daily Mirror back that up by claiming Man Utd ‘hope’ that Zidane’s ‘close relationship with Cristiano Ronaldo and Raphael Varane could persuade him to join the club’.

‘The club are hoping the fact Zidane knows both players on a personal level will convince him to make the switch to Old Trafford.

‘United have their hands full in achieving that outcome, however, as it’s claimed Zidane is not keen on joining a club midway through the season.

‘Zidane is in no rush to accept a proposal from United, or any other club, as would wait until the summer where he can get a pre-season under his belt to prepare his team for the upcoming campaign.’

Meanwhile, former West Ham and Bolton boss Sam Allardyce has advised Solskjaer to “shut everything down from the inside” if he wants to keep his job at Man Utd.

Allardyce told The Sun: “You just have to look at his hair. Ole can only get through it with his staff and then by putting the players on the right track.

“Your staff need to be right on top of their game. We get all the criticism and all the praise as managers, but if you haven’t got the right staff… the success I had, I couldn’t have done it without my staff.

“I can’t believe I’ve still not got a total silver fox. People think I dye mine, but I don’t. I should have been a silver fox about 10 years ago.

“My advice to Ole is I would shut everything down from the inside, which is almost an impossible task.

“But to focus internally and keep the outside influences away from everybody.

“Focus and really find a way out of it with your staff. Ole’s staff are never more important than they are now.

“Ole can only get through it with his staff and then by putting the players on the right track. You need your staff need to be right on top of their game.”