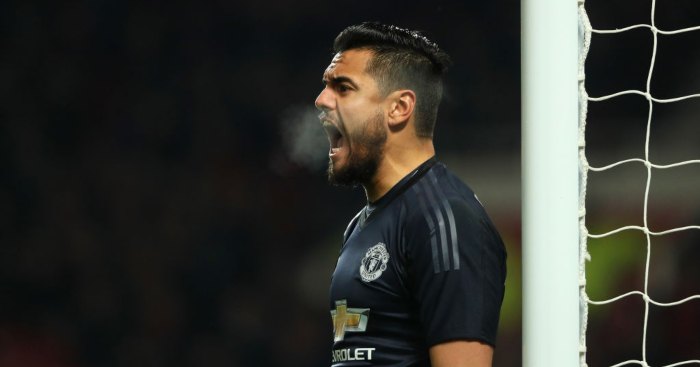 Man Utd turned down an eleventh hour loan move from Everton on deadline day for Sergio Romero despite the appealing nature of the deal, according to reports..

Romero has fallen down the pecking order at Old Trafford following the return of English keeper Dean Henderson.

Despite being one of the best back-up keepers in the world, Romero sees little chance of getting game time at Man Utd this season.

JOHNNY NIC: Incensed by PPV? The Premier League is all PPV…

There was reported interest from Everton during the transfer window with one newspaper claiming that the Toffees were ‘heaping pressure’ on Jordan Pickford by ‘lining up’ a move for Romero.

It was thought that Everton were looking to sign the Argentine on a permanent basis but now Laurie Whitwell in The Athletic has said that Romero’s ‘frustration on deadline day was triggered when Manchester United turned down Everton’s loan proposal’.

The Merseysiders offered to pay all of Romero’s £100,000 per week wages and were willing to stump up another £2m in loan fees.

However, the Red Devils are understood to be ‘holding out for a transfer fee of at least £8 million even though Romero is surplus to requirements’.

Romero’s ‘annoyance was underlined’ when he was recently left out of their Champions League squad, a decision that ‘was not communicated to the goalkeeper in advance’.

Lee Grant was included as United’s third-choice goalkeeper and Romero ‘feels he should be allowed to leave to play more regularly’.

The Athletic adds that Romero reckons ‘Everton’s bid was fair and appealing as a chance to challenge their No 1 Jordan Pickford’.