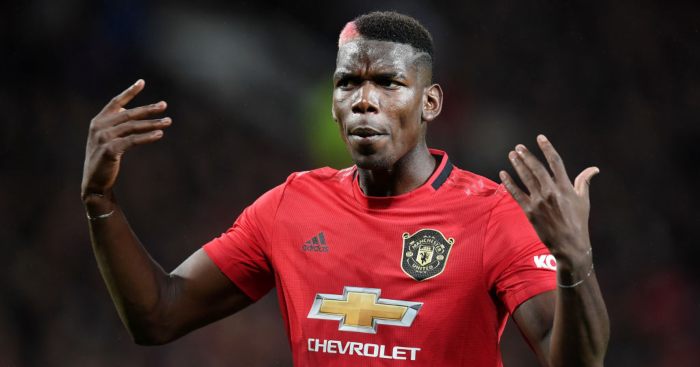 Manchester United are hoping to have Paul Pogba fit to face Manchester City in December, according to a report.

Pogba has not played for his club since September 30 and, speaking after United’s 3-1 win at Norwich at the end of October, Ole Gunnar Solskjaer revealed it would likely be a minimum of around five weeks before the 26-year-old was back.

Fred has gradually improved in Pogba’s absence but Solskjaer will be keen to have the France international back at his disposal.

Pogba missed two games other matches in September with a right ankle problem before it got worse during the draw at Arsenal.

However, the Frenchman is well on the road to recovery with the cast on his ankle removed on Monday and the Carrington conditioning staff doing their best to aid his recovery.

And The Sun claims that Man Utd have a ‘plan’ to get him fit and firing to play Manchester City in the derby on December 7.

An ‘insider’ at the club told the newspaper: “Ole wants to reintroduce him off the bench in the game if at all possible.

“He has kept himself pretty fit in terms of his core fitness. He’s always in top shape, to be honest.”

The report adds that he is ‘expected to resume training’ on November 19 before taking part in a ‘practice game’ against a United youth team ‘shortly after’.