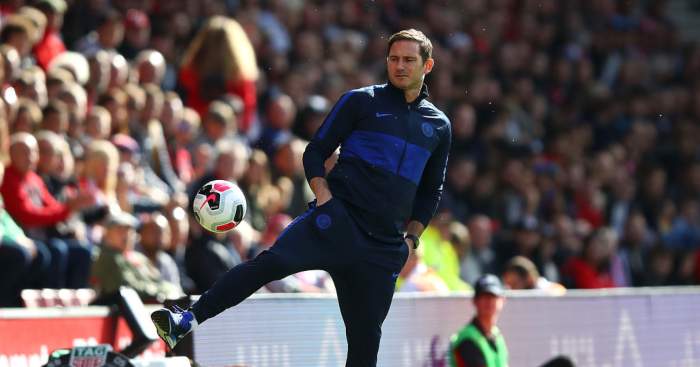 A report claims Frank Lampard’s reaction to back-to-back defeats earlier in the season has led Chelsea on their current winning streak.

Since losing at home to Valencia and Liverpool in consecutive matches, the Blues have won four matches in a row against Grimsby Town, Brighton, Lille and Southampton.

And the Daily Mail claims Lampard and his assistant Jody Morris ‘strategically put pressure on their senior players’ after the loss to Jurgen Klopp’s side.

Senior pros, including Pedro and Willian, were reportedly told ‘to step up and stop leaving it to the youngsters to secure wins.’

Willian, Pedro, Michy Batshuayi and Ross Barkley have all bagged since that chat with the Blues scoring 15 goals and conceding three in the run of four victories.

The likes of Tammy Abraham and Mason Mount have been showing the older lads how it’s done this campaign and the report adds: ‘the Blues bosses feel they cannot rely on their young guns alone if they are to finish inside the top four’.