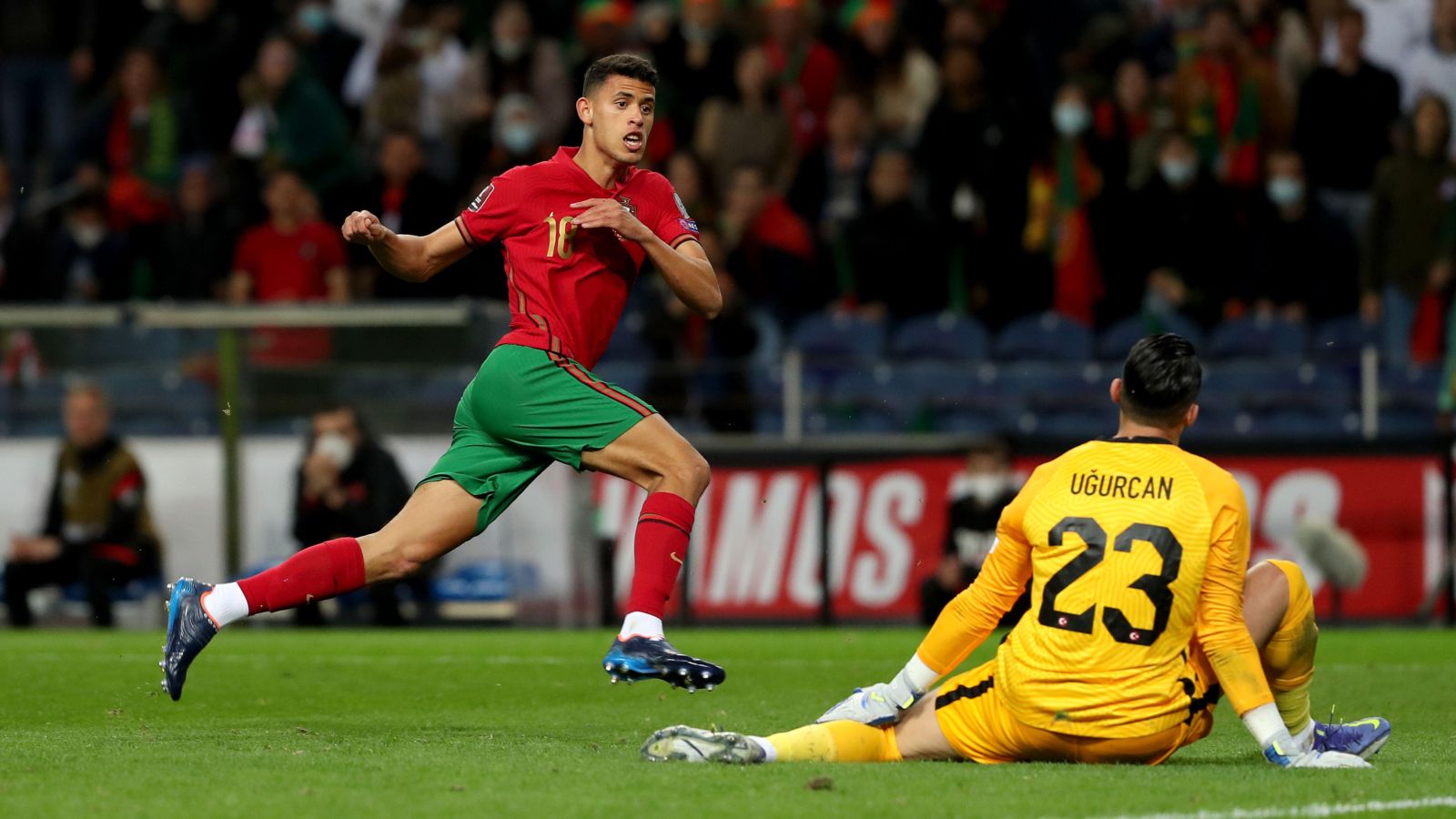 Chelsea are set to make a bid for Sporting Lisbon midfielder Matheus Nunes with reports claiming the London club will be his new ‘destination’.

The Brazil-born Portugal international – who has also been linked to Newcastle and Everton – was in good form for Sporting last season as he provided three goals and two assists in 33 league appearances as they finished runners-up to Porto in the Primeira Liga.

Chelsea are the only ‘Big Six’ club yet to make a signing in the summer transfer market following a Todd Boehly-led takeover of the club at the end of May.

With key executives Marina Granovskaia and Bruce Buck leaving the club following the takeover, the Blues’ transfer plans will have been impacted in some way by the upheaval to the club’s hierarchy.

Central defence is probably their most pressing concern, with both Antonio Rudiger and Andreas Christensen leaving the club on free transfers, but they are also looking to strengthen other areas too, including midfield.

And Portuguese newspaper A Bola now claims that Nunes is ‘leaving’ Sporting this summer and his ‘destination is now revealed’ as Chelsea.

The newspaper adds that those are the terms Sporting were trying to negotiate with Premier League side Wolves earlier in this window.

Chelsea are expected to sign Raheem Sterling from Manchester City this summer with Hakim Ziyech rumoured to be up for sale.

“He’s been a bit-part player, but he’s definitely got talent. He’s an exciting player and someone who can make things happen.

“But he just hasn’t been regular enough at Chelsea. He hasn’t pushed other players out of the way to really make that spot his own.

“I think it makes sense to let him go. Tuchel has been around long enough now to know who he wants and who is effective.

“You look at Sterling and probably think that he will be the main man in Ziyech’s position. If they can free up space, and the capital – it makes the move a little bit easier.”