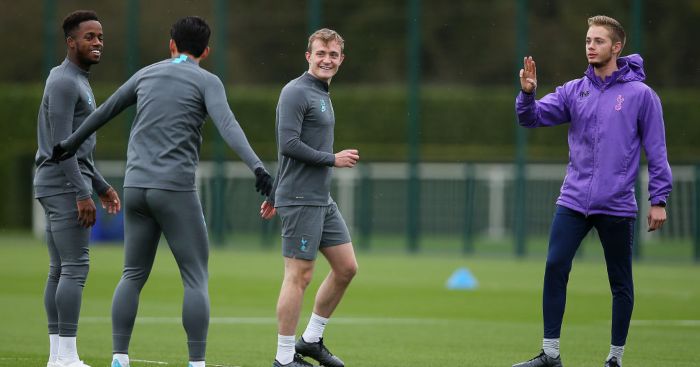 Tottenham academy coaches have one ‘fear’ over Jose Mourinho’s appointment at the club, according to a report.

The Portuguese coach was named the new Spurs manager on Wednesday morning after Mauricio Pochettino had been sacked only hours earlier.

On paper, Mourinho‘s appointment at Tottenham appears a mismatch as they are traditionally a club that plays an attacking style of football and promotes young players.

It seems unthinkable for him to have taken the job without some sort of assurances from chairman Daniel Levy that there will be money to spend – starting in the January transfer window – and he has also vowed to use players from the academy.

But that hasn’t stopped staff at the club worrying that all their good work at academy level will be ruined with Mourinho now at the helm.

The Sun claim: ‘His appointment has not exactly been greeted with joy by coaches in Tottenham’s academy. They fear the new gaffer will sub the system that recently produced the likes of England internationals Harry Kane, Harry Winks and Ryan Mason.’

After he ‘largely ignored the kids at Chelsea and Manchester United’ there are doubts that Mourinho will help bring along the likes of Oliver Skipp and Troy Parrott, who are the next youngsters off the production line.