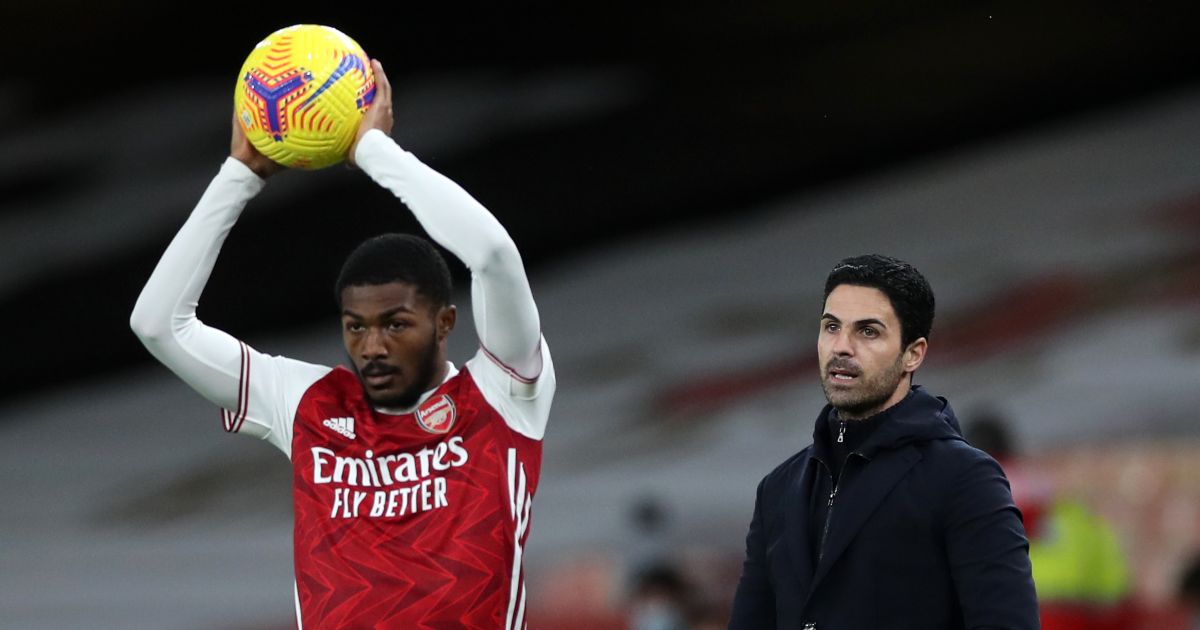 The 24-year-old has been a loan target for Everton in this transfer window but the Gunners are yet to receive a satisfactory offer for their wing-back.

With Arsenal bottom of the Premier League table with no points – and no goals – Maitland-Niles has still only managed one substitute appearance.

It is believed that the club have so far refused to allow the England international – who spent part of last season on loan at West Brom – the chance to leave.

That saw Maitland-Niles take to social media yesterday. He posted on his Instagram story: “All I wanna do is go where I’m wanted and where I’m gonna play, Arsenal.”

However, Sky Sports reporter Dharmesh Sheth has said that Maitland-Niles will remain with Arsenal and be part of their squad this season.

Sheth said: “It was getting quite messy between Ainsley Maitland-Niles and Arsenal yesterday. There was that Instagram post that Maitland-Niles put out about wanting to play for a club where he is going to play.

“I have been speaking to someone quite close to Arsenal and this is the information that I’ve got. We know from the beginning of the transfer window, if a suitable offer came in for Maitland-Niles, then Arsenal would consider it, but they still maintained that he would be an important part of the Arsenal squad.

“They had one offer from Everton that came in yesterday, it was a loan with an option. I’m told the option was low, hence why it was rejected out of hand. As a result, Maitland-Niles will be remaining at Arsenal and will be an important part of the squad.

“I’m also told, following that Instagram post, he did hold talks with Mikel Arteta. Arsenal were quite disappointed with the action that Maitland-Niles took on social media, but they have ‘clear the air’ talks and now all parties want to move forward with Maitland-Niles part of that Arsenal squad.

“He will be hoping after these talks, there will more opportunities for him. He’s got a contract at Arsenal that runs out in 2023.”