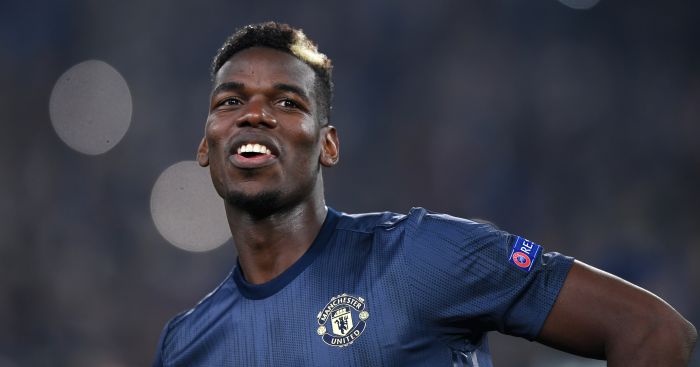 Paul Pogba pulled apart Jose Mourinho’s tactics in a calm and measured manner after the 2-2 draw with Southampton, claims a report.

Manchester United were 2-0 down to lowly Southampton in what proved to be Mark Hughes’ last game in charge of the Saints, but they recovered to earn a 2-2 draw in a match which United again failed to dominate.

In the aftermath Mourinho reportedly branded Pogba “a virus” in an astonishing dressing-room rant.

Mourinho laid into his midfielders after the game, and it went even further behind closed doors with the Daily Record claiming the Portuguese bos accused him of showing a lack of “respect” to his teammates and the fans.

Now The Times have reported further details of the confrontation with Pogba hitting back at Mourinho’s jibes by suggesting United’s forward players are inhibited under his reign.

The paper claim Pogba complained “he had no one to pass to because his manager’s tactics do not allow players to move around freely in front of him”.

It was a riposte which is claimed was delivered “in a calm manner” with no threat of the situation escalating, while Pogba was not the only man to be on the receiving end of Mourinho’s tongue.

The United boss is also understood to have taken other United players to task after another drab showing at St Mary’s.

It’s not the first time Pogba and Mourinho have confronted each other, far from it.

The pair were filmed clashing in training, with their war of words reportedly coming because the midfielder posted a laughing video during Manchester United’s Carabao Cup exit on penalties to Derby County.

Pogba sat out the Carabao Cup game, but was back in training the following day only to be filmed in an awkward exchange with the United boss.

Pogba seemed surprised by something said to him by Mourinho – and the pair begin an exchange that lasted two minutes, alongside members of United’s coaching staff.