Home All The News 21/22 season to continue: Premier League clubs against Covid suspension 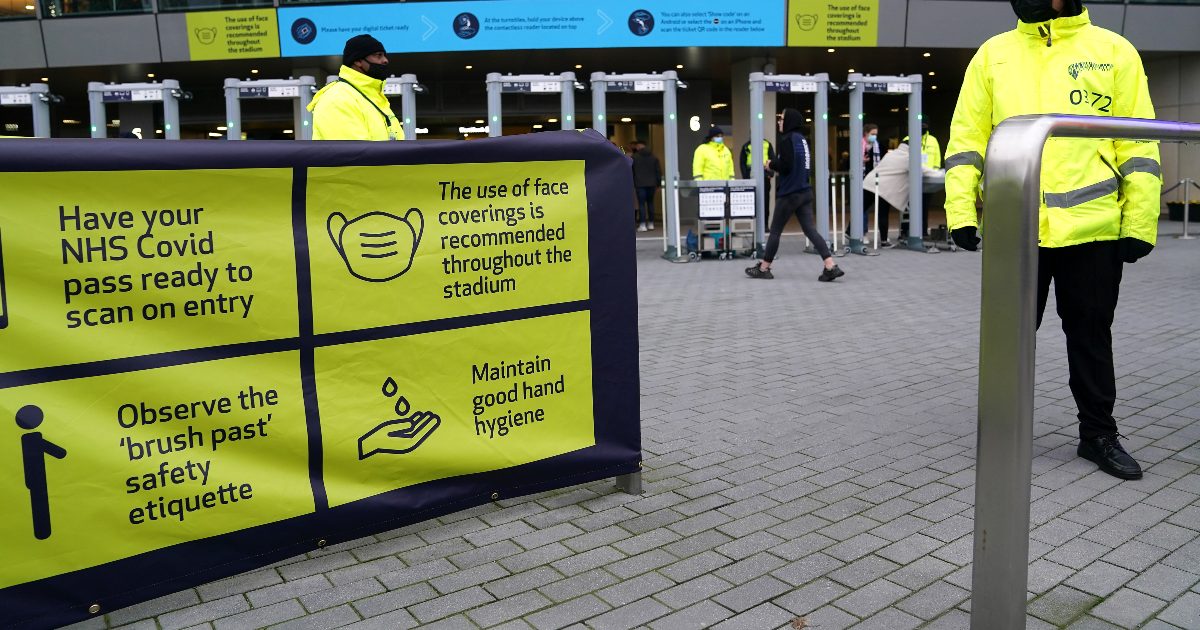 Premier League clubs have decided that a suspension of the 2021/22 season is not the right course of action to limit the spread of Covid.

Six Premier League games were postponed over the weekend as a result of outbreaks of the virus at clubs.

It has previously been reported that it was under consideration to cancel the scheduled games for December 28 to December 30.

The only thing impotent about anti-vaxxers is their naivety

However, following a shareholders’ meeting involving representatives of the 20 clubs on Monday, it has been reported (via PA) that a decision has been taken to continue with the season as planned, and that any decisions to postpone individual matches will continue to be taken by the Premier League board on a case-by-case basis.

Chelsea boss Thomas Tuchel led criticism from Premier League clubs across the weekend, with the Blues “deeply disappointed” to have their request for a postponement at Wolves on Sunday rejected.

The Blues were missing eight players with Covid-related absences, and could only field 14 outfield players in their match squad.

Tuchel accused the Premier League of risking the health and safety of his players, fearing further matches would be thrown into doubt.

Brentford boss Thomas Frank was the first to call for a ‘firebreak’ pause on the league action last week, with Liverpool manager Jurgen Klopp adding his support to those calls on Sunday.

The EFL was braced for further disruption but aimed to minimise fixture rescheduling.

“Throughout the pandemic our two priorities have been ensuring the welfare of those involved in EFL competitions and ensuring the fixture schedule can continue where it is safe to do so,” said EFL chief executive Trevor Birch.

“We will continue to work with clubs, authorities and other agencies to monitor the Covid-19 case rate and be prepared to respond accordingly, yet for now the view remains that we can continue to deliver games safely where clubs have sufficient healthy personnel in place, on and off the pitch.

“With club mitigation measures, the mass adoption of booster jabs and Covid certification now required for larger crowds, we are sure many fans will continue to feel confident in attending matches over the Christmas period and we look forward to welcoming them.”

The Premier League later confirmed that clubs have agreed to try to play on if possible.

A statement from the league read: “It was confirmed at a Premier League club meeting today that, while recognising a number of clubs are experiencing Covid-19 outbreaks and challenges, it is the league’s collective intention to continue the current fixture schedule where safely possible.”

“A range of issues were discussed at this afternoon’s meeting, including the adaption of the Premier League Covid-19 postponement process in response to the impact of the Omicron variant.

“The league continues to work with clubs to encourage vaccination among players and club staff, as well as promoting the Government’s public-health vaccination messaging to clubs and the wider public.

“No specific details as to clubs or individuals will be provided by the league, and player vaccination rates will now be publicly communicated at the end of each month, beginning in January.”