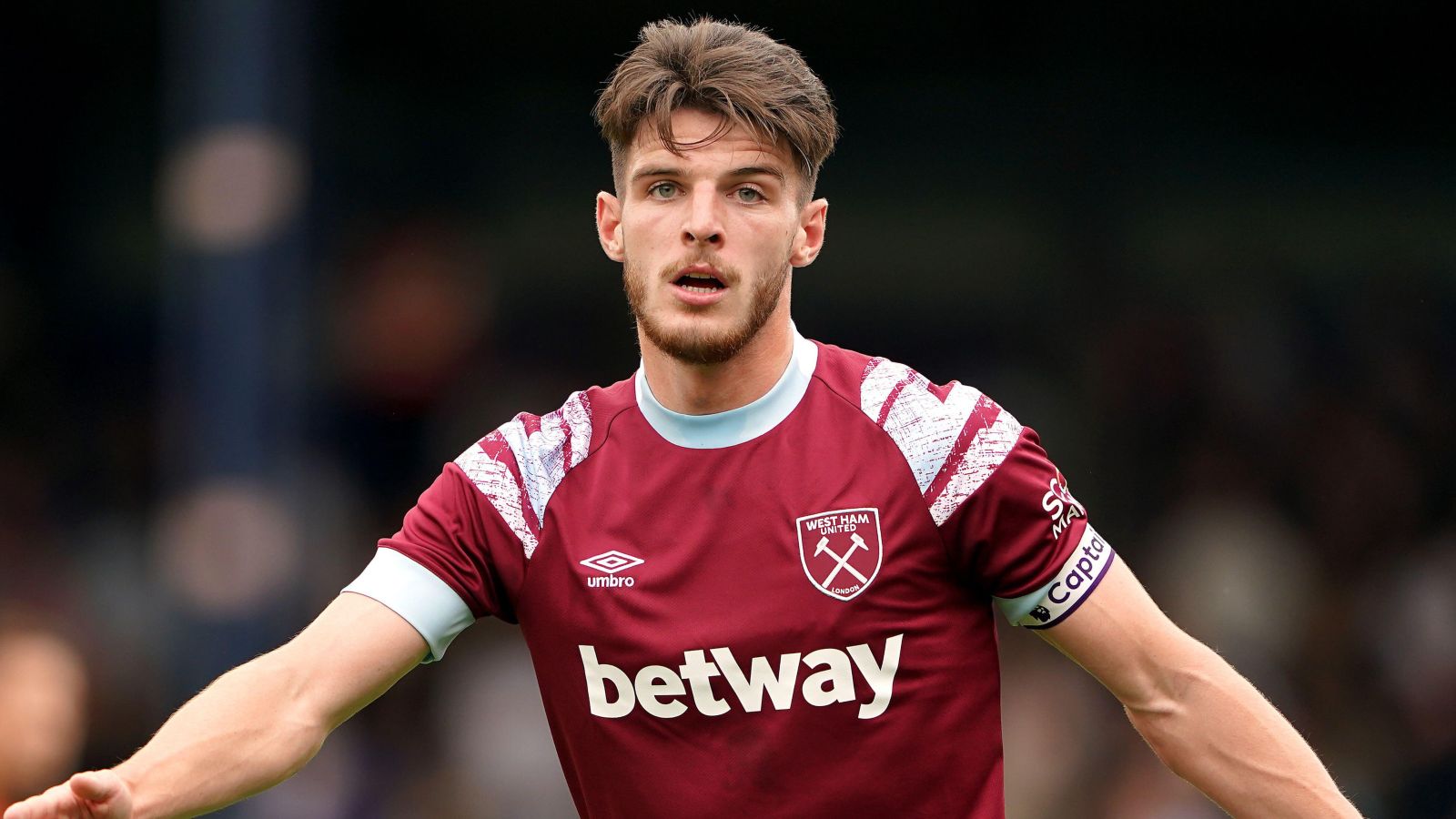 West Ham United and England midfielder Declan Rice is leaning towards a summer transfer to Arsenal, according to Jacob Steinberg.

Rice is expected to leave West Ham at the end of the season as he aims to step up to a Champions League club.

He has been heavily linked with a move to Chelsea for around four years with former bosses Frank Lampard and Thomas Tuchel big fans.

However, the Blues’ interest appears to have cooled since Todd Boehly came in and appointed Graham Potter.

Boehly wanted his own staff and head coach after replacing Roman Abramovich as owner and looks to be keen on his own transfer targets, meaning he is not actively pursuing Rice.

Having said that, one sniff that Arsenal are keen and he will do everything possible to sign the midfielder.

One thing the Gunners may have over Chelsea in a transfer battle this summer is Champions League football.

Potter’s side are languishing in mid-table, while Arsenal sit top of the Premier League, five points clear of reigning champions Manchester City with a game in hand.

Ten points off fourth-placed Manchester United, who travel to the Emirates on Sunday, Chelsea need to pick up their form in the second half of the season if they are to qualify for the Champions League.

And this is likely to be a huge requirement for Rice, who will hope to help West Ham avoid relegation before moving on to a club playing in Europe’s premier competition.

It would take an all-time meltdown for Arsenal to finish outside the top four this season and their form has reportedly impressed Rice.

The England midfielder is ‘favouring’ a move to north London over west London as things stand, according to Guardian journalist Jacob Steinberg.

The prospect of playing under Mikel Arteta is the main reason Rice is ‘leaning towards’ Arsenal, despite Chelsea – who he played for as a teenager – remaining in the running.

Arteta has already ‘drawn up plans for where the West Ham captain would fit into his team’.

Arsenal are ‘increasingly confident’ they can beat Chelsea to their ‘top transfer target’ after their London rivals pipped them to the signing of Mykhaylo Mudryk.

Arteta is a ‘huge fan’ of the 24-year-old, who is also being targeted by Manchester United, who are ‘expected to join the race’.

West Ham apparently want as much as £100million for their star player, but it is believed they will settle for £80m.

After missing out on Mudryk, Arsenal signed Leandro Trossard from Brighton for around £21m plus add-ons.