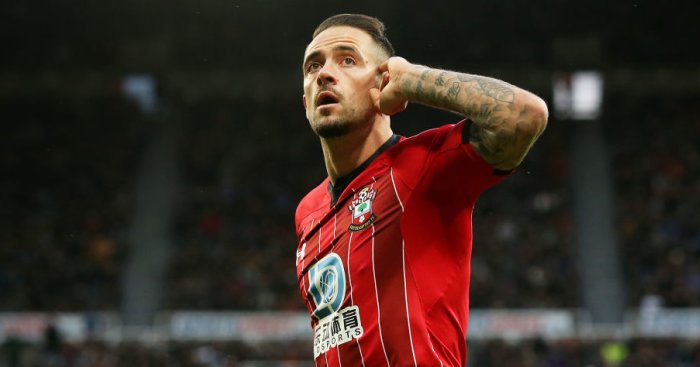 Manchester United made an enquiry for Southampton striker Danny Ings, according to reports.

The Red Devils have been linked with a host of strikers in January with the likes of Josh King, Odoin Ighalo, Salomon Rondon and Adolfo Gaich in the last 24 hours.

Former Liverpool man Ings has scored 16 goals in 27 appearances for the Saints in all competitions this season – 13 of those goals have come since the end of September – as they continue to climb up the Premier League table.

And the Daily Telegraph claims that Ings ‘was the subject of an enquiry’ from Man Utd as they have scoured the market for a proven goalscorer.

The report adds that ‘Southampton have been clear he was not for sale’ with Ings only joining permanently in the summer from Liverpool for a reported £18m fee.

And Ings – who will have to years remaining on his contract at the end of the season – ‘will have a decision to make this summer with a new contract likely to be offered by the club set against options of a move elsewhere’.

Meanwhile, Ings’ form has recently seen Southampton boss Ralph Hasenhuttl back him for an England call-up.