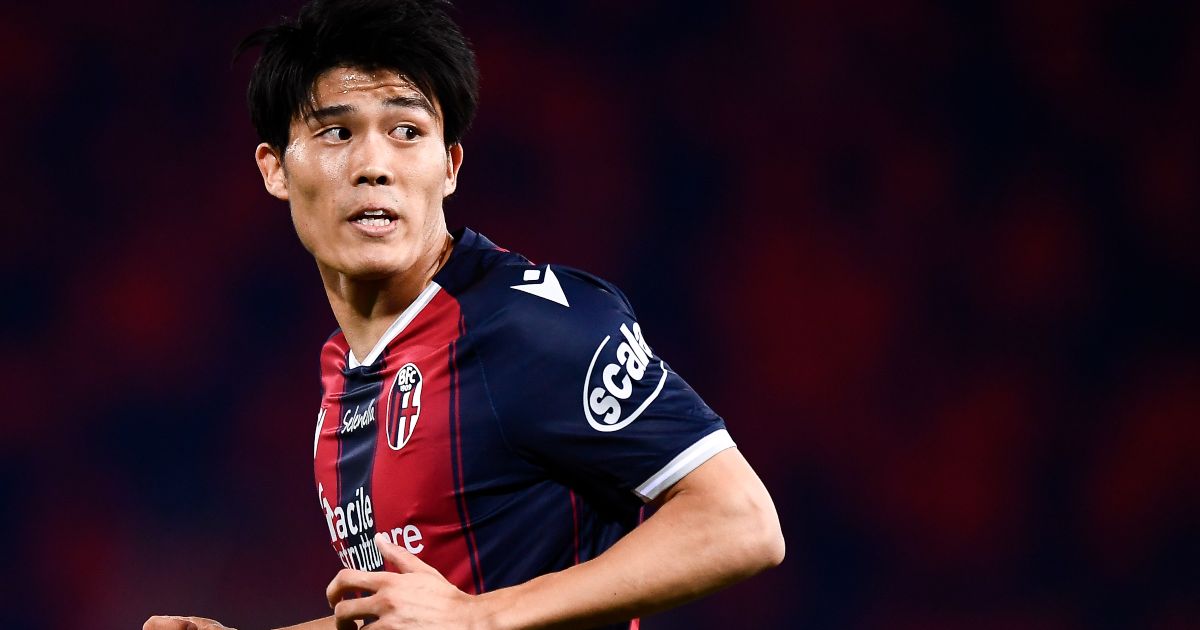 Bologna defender Takehiro Tomiyasu will seal a move to Premier League side Tottenham this summer, according to reports.

The Japan international featured 31 times in Serie A during 2020/21, scoring two goals and his relatively low price tag makes him an achievable signing for Spurs this summer.

Tomiyasu can operate at either right-back or centre-back and could challenge the likes of Eric Dier or Serge Aurier for a starting spot next term.]

Reports earlier this week suggested a deal was close to being agreed with ‘minimal difference’ between Spurs’ offer and the asking price set by the Italian side.

The report stated that Spurs have upped their offer to around €20m (£17m) plus bonuses, although Bologna are holding out for €25m (£21.3m) in total.

And now Football Insider claim that Tottenham ‘expect to complete the signing’ this month following a ‘breakthrough in talks’.

Similarly to the report from the other day, they say that ‘a total agreement for the marquee transfer is close’ while a source in the industry has told them that Tomiyasu ‘is joining Tottenham’.

Spurs’ new managing director Fabio Paratici has agreed terms with the 22-year-old while discussions continue ‘over the structure of the fee and bonus payments’.

Bringing in players to strengthen their central defence has been a key target for Tottenham in the summer market and it’s understood that they will try and sign another centre-back once the Tomiyasu deal is sealed.

Meanwhile, Tottenham defender Japhet Tanganga is predicting “exciting times” for the club under new boss Nuno Espirito Santo, who will play an attacking brand of football.

“I can tell you for sure that we’re going to be attacking,” Tanganga said.

“He’s been great. He’s been very interested with how Skippy (Oliver Skipp) and I have been getting on as we’ve been coming back from injury and he’s been cool.

“I think a lot of the players already love him in terms of we’ve been working hard and he’s been giving information to everyone and he’s been very transparent.

“It’s been really good, really positive with him and his staff. It’s been a great start and we’re just looking forward to seeing what the future holds.”