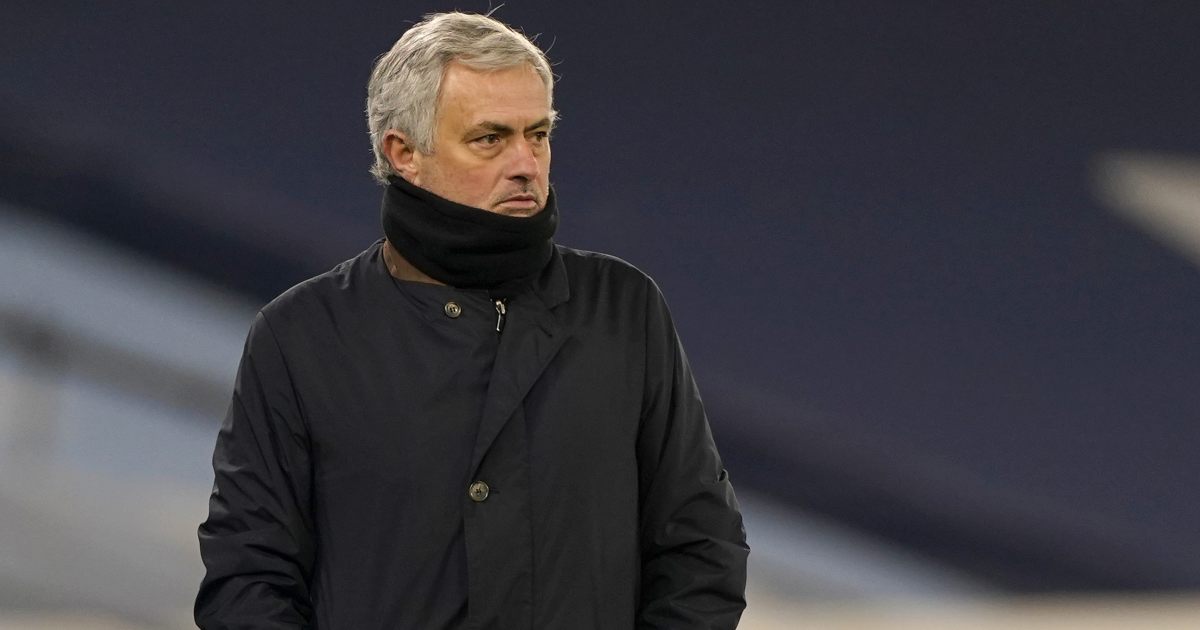 Tottenham will wait until the end of the current campaign before making a decision on Jose Mourinho’s future at the club, according to a report.

Mourinho guided Spurs to a strong start to the season as they reached the Carabao Cup final and had pundits talking about them as potential title challengers.

Fast forward a couple of months and the Portuguese coach is now under pressure as Tottenham sit ninth in the Premier League table and 20 points behind leaders Manchester City.

Four losses in their last five Premier League fixtures has seen some reports questioning whether Mourinho will last until the end of the season.

However, a report in ESPN on Friday claims that ‘Tottenham chairman Daniel Levy wants to wait until the end of the season before determining Jose Mourinho’s fate as head coach’.

Portuguese publication A Bola said this week that sacking Mourinho would cost Spurs in the region of £30m and ESPN now confirms that those reports are ‘broadly accurate’.

The fact that the Carabao Cup final has been moved to April and the club’s ‘financial situation’ have both helped Mourinho prolong his reign in north London.

ESPN says that Mourinho ‘can continue to deflect criticism by pointing to a Wembley showpiece that offers Spurs a chance to win their first silverware since 2008′.

There is also ‘sympathy internally’ with their current run of four defeats in five matches including games against Chelsea, Liverpool and Manchester City.

Mourinho secured Champions League qualification via the Europa League when he won the competition with Manchester United back in 2017 and ‘Levy is mindful the same could still be possible for Spurs’ this season.

ESPN adds that ‘the first-team squad remain behind Mourinho but it was noticeable that he offered an olive branch to Dele Alli and Gareth Bale‘.