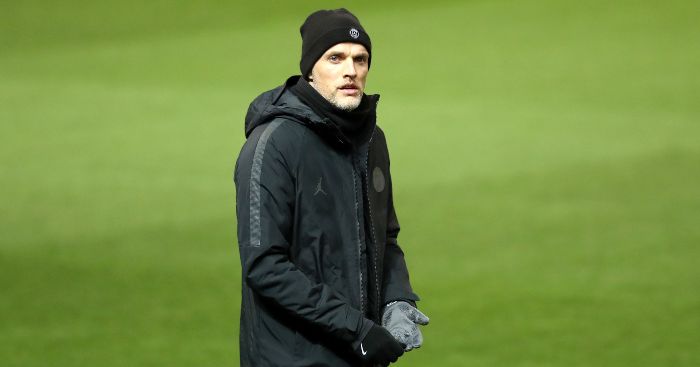 The former Paris Saint-Germain boss will take charge of the Blues for the first time less than 24 hours, after being confirmed as the new Chelsea boss, when they play Wolves on Wednesday night.

The 47-year-old German has signed an initial 18-month contract to become the 15th manager of owner Roman Abramovich’s tenure and his immediate task will be to reverse the fortunes of a team who have lost five of their last eight Premier League games and lie in 10th place in the table.

Tuchel led PSG to the 2020 Champions League final, but was sacked by the French giants in December.

He will now be expected to unify a split dressing room and seal a top-four finish to secure Champions League qualification.

And the Daily Mirror claims that Tuchel was hired for ‘his record of working with young players and that fits with the new generation of players coming through at the club’.

Former Chelsea and England midfielder Lampard had little choice but to trust in youth in his first season in charge, with the club under a transfer embargo.

Tuchel will carry on Lampard’s work there but will be hoping to get more out of the £220m worth of summer recruits at his disposal.

And the Daily Mirror add that Chelsea ‘wanted a German or German speaker to try and build on the growing German influence in the dressing room’ with the likes of Timo Werner and Kai Havertz joining recently.