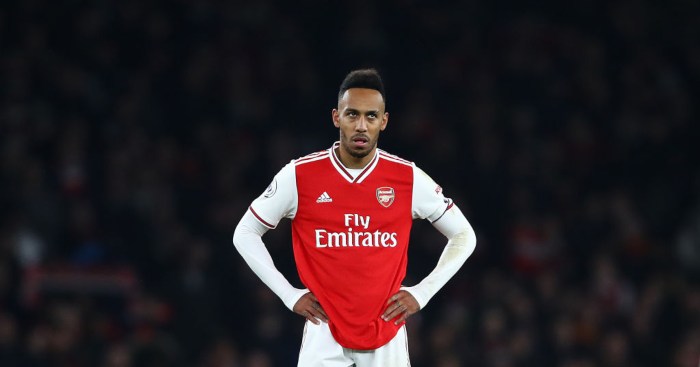 Pierre-Emerick Aubameyang will not decide his future at Arsenal until Unai Emery’s future is resolves, according to a report.

A report on Tuesday claimed that Arsenal are fearful of losing Aubameyang and Alexandre Lacazette if Emery remains in charge of the club.

Many within the Arsenal squad believe the manager is too conservative and his approach will cost the club a place in the Champions League.

Lacazette and Aubameyang are the two stars named by the Daily Mail but plenty more are said to be considering their futures should Emery remain at his post.

And The Times claims on Wednesday that Aubameyang ‘has shelved contract talks’ with the Gunners over the club’s current situation.

Arsenal have apparently been trying to get the Gabon international to sign a new deal since last summer with his contract running out at the end of next season.

And the report adds that there are two main reasons why Aubameyang won’t currently commit to Arsenal.

Firstly, the ‘uncertainty over the position of Unai Emery as head coach’ and ‘concerns over the club’s ability to compete for trophies’ has him worried.

And secondly, The Times adds that ‘he is on the list of strikers being considered by Barcelona for the January transfer window’.

Arsenal ‘do not want to sell’ the Premier League’s joint top scorer from last season but ‘the club face a big decision’ once he enters the final year of his contract in the summer.