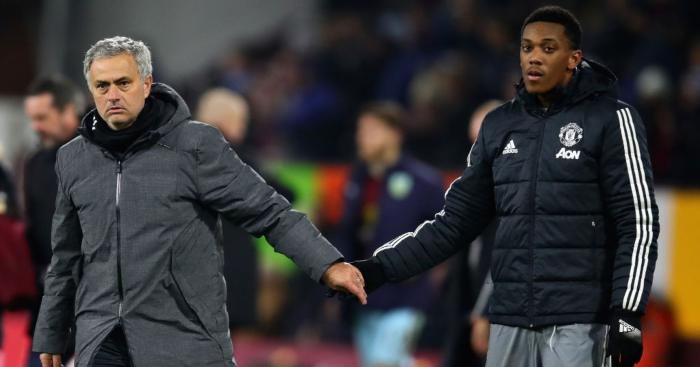 Jose Mourinho wanted to sell Manchester United forward Anthony Martial during his time at the club because of two reasons, according to reports.

Martial signed for the Red Devils back in 2015 when they spent over £50million to bring him to Old Trafford from French side Monaco.

Since then, Martial has scored 50 goals in 177 appearances for United, including two in the club’s opening three matches of the Premier League campaign this term.

Former boss Mourinho is understood to have had a difficult relationship with the France international during his time at the club and The Times claims the Portuguese coach thought he was ‘mentally weak’ and was annoyed that he ‘sulked’ during matches.

That led to Mourinho wanting to sell Martial and bring in Ivan Perisic at the time – but the transfer never materialised.

Martial couldn’t score in United‘s most recent fixture against Palace, which they lost, but a goal in each of the Red Devils’ opening matches against Chelsea and Wolves helped Ole Gunnar Solskjaer’s side to four points.