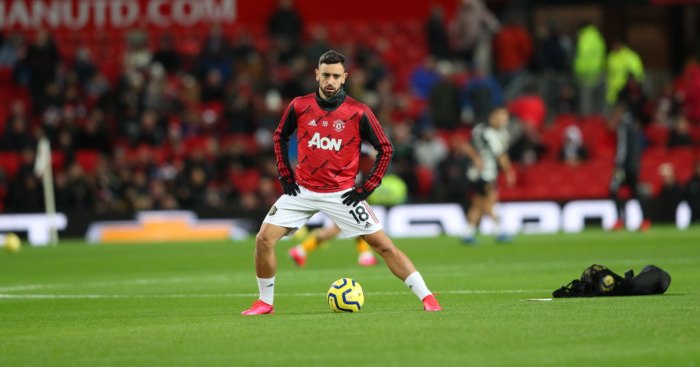 Bruno Fernandes was understood to be ‘absolutely delighted’ with his debut for Manchester United on Saturday, according to a report in Portugal.

And Portuguese publication Record (via Sport Witness) claims that despite being ‘absolutely delighted’ with how his Man Utd debut went, Fernandes was ‘outraged’ at not scoring one of his chances in the stalemate.

The scoreline wasn’t what Fernandes wanted but the report adds that he still has ‘enthusiasm’ that things will go well for him at United, while he was shocked by the Premier League’s ‘rhythm and intensity’.

Record adds that Man Utd’s ‘greatness and professionalism’ has also surprised him as he goes in search of a new house.