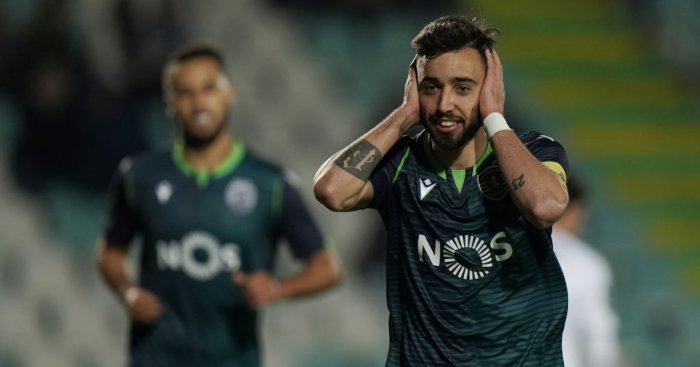 Manchester United should wrap up a deal for Sporting Lisbon midfielder Bruno Fernandes over the weekend, according to reports in Portugal.

Former Sporting captain Carlos Xavier told Rádio Renascença yesterday that he expects Fernandes to be in the Lions squad to face arch-rivals Benfica on Friday in the Lisbon derby.

That’s after reports emerged on Tuesday that the Red Devils had struck a €70m deal to sign Fernandes from the Portuguese giants.

Fernandes, who has managed to contribute 13 goals and ten assists in 21 matches in all competitions this season, has been heavily linked with United as reports now indicate a transfer is close.

Record (via Sport Witness) claims that the ‘most likely scenario’ would see Fernandes join Man Utd over the weekend with the ‘assumption’ that he will play against Benfica on Friday.

On Jorge Mendes, who was in Manchester on Wednesday, the newspaper adds: ‘The businessman will now present to Sporting the concrete proposal of the Red Devils for Bruno Fernandes, which could exceed €70m in achievable variables, and should not include any player.’

Another Portuguese paper A Bola add on Thursday: ‘The deal is underway, almost closed.’