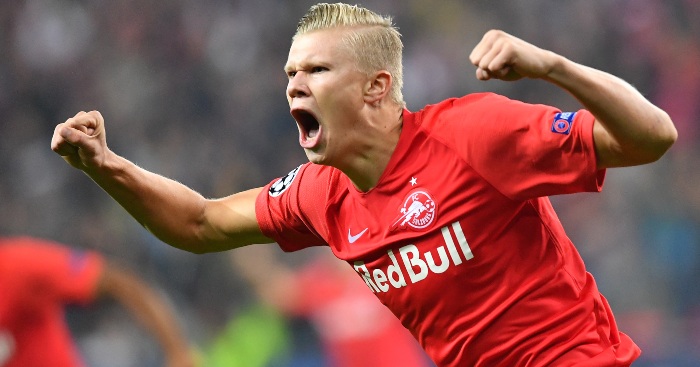 Manchester United will know by Christmas if they will be able to sign Red Bull Salzburg striker Erling Braut Haaland, according to reports in Germany.

The Red Devils, who drew 1-1 with Everton on Sunday, were dealt a blow to their chances of signing Haaland last week with Ruhr Nachrichten saying that he had landed in Dortmund with his agent Mino Raiola for talks with Borussia Dortmund over a potential move.

There have also been rumours that the Norwegian could be attainable for a cut-price €20m and not the €100m mentioned elsewhere.

David Ornstein in The Athletic claimed on Monday that United‘s executive vice-chairman Ed Woodward and manager Ole Gunnar Solkskjaer ‘travelled to Austria to meet the player’s representatives on Friday’ with the club making ‘efforts’ to secure a deal.

And now German publication Bild (via Sport Witness) claim that Haaland wants to decide where he is moving before Christmas, giving him eight days.

Dortmund seem to be the likelier option with the report adding that Haaland’s ‘probably drawn’ to an ‘intermediate’ stepping stone before pursuing his ‘dream goal’ in the Premier League.