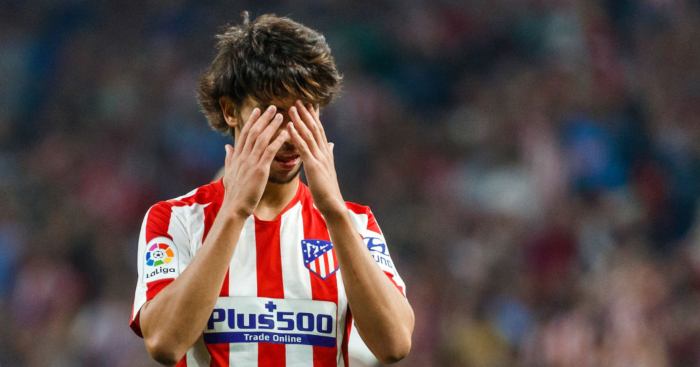 A report has revealed why Manchester United chose not to pursue a deal for Joao Felix over the summer.

United and Manchester City were tracking the highly-rated 19-year-old, while Liverpool have also been credited with interest.

He completed a €126million (£113m) transfer from Benfica at the beginning of June and signed a seven-year contract with the LaLiga giants.

It also eclipsed Atletico Madrid’s previous transfer record that they last broke in 2018 when they signed Thomas Lemar for £62m from Monaco.

And The Athletic have the inside track on why the Red Devils decided against making a bid for the Portuguese teenager.

A deal for Felix ‘was discussed many times’ but United’s ‘concerns’ were that the former Benfica forward would struggle with the Premier League’s ‘physicality’.

The report adds that United were worried Felix would ‘not sustain his early promise’ that he had shown from early age and that ‘United still hoped at the time that [Alexis] Sanchez might come good.’

‘One well-placed source’ told The Athletic: “Michael Ricketts was a world-beater for one season. The secret is to find someone like Mohamed Salah, who plays brilliantly one season, then the following year, and the year after that.”