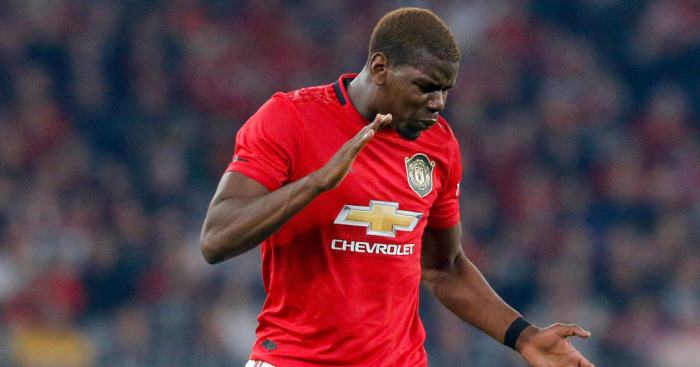 Paul Pogba’s potential move from Manchester United to Real Madrid has been made harder this week, according to reports.

Questions over key players’ happiness have provided an unwanted backdrop to United‘s preparations for the new season.

Club-record signing Pogba is chief among them after publicly speaking about the possibility of leaving for a new challenge away from the north-west, with his comments compounded by agent Mino Raiola’s remarks.

Ole Gunnar Solskjaer, though, remains hopeful of keeping the midfielder and insisted that United don’t have to sell Pogba or any other wantaway player this summer.

Real Madrid and Juventus have been heavily linked with moves for the France international so far this summer, with the Spanish club understood to be particularly keen.

However, Spanish publication Marca (via Sport Witness) now think it has become ‘practically impossible’ for Los Blancos to sign the United midfielder.

The Red Devils are refusing to soften their approach over Real‘s interest in Pogba and are now demanding €200m, a valuation which Real have taken as a refusal to negotiate.

Despite wanting to leave the club it now seems Real may have to look at other options this summer, with Ajax’s Donny van de Beek and Tottenham’s Christian Eriksen on their radar.