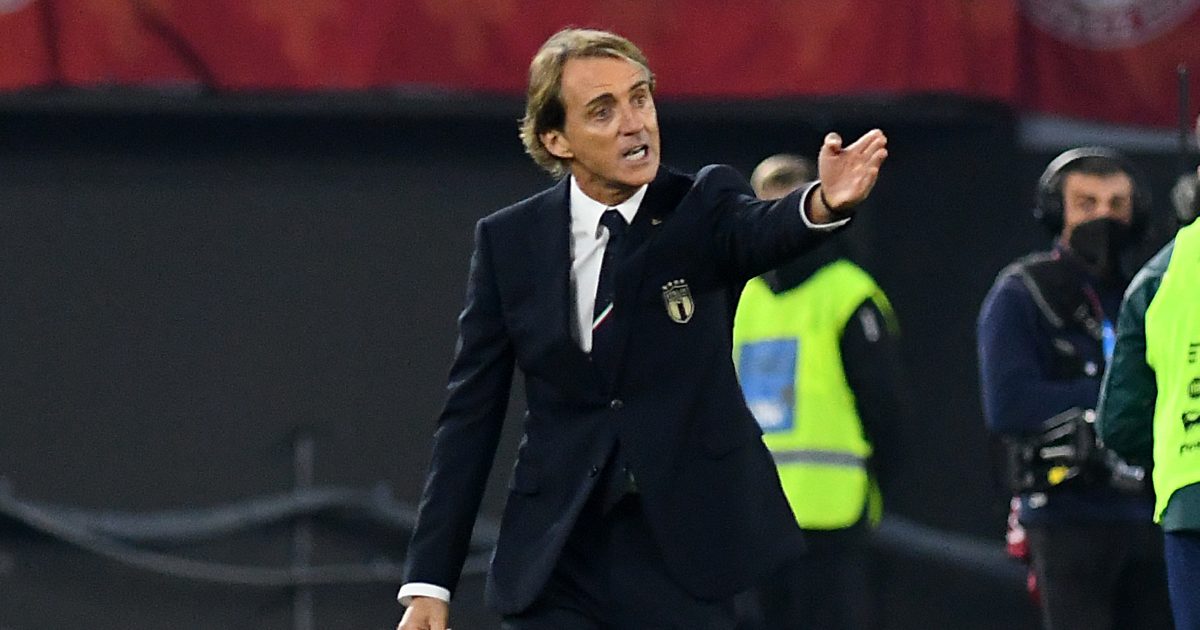 After much deliberation, United decided to sack Ole Gunnar Solskjaer earlier this month. This came after a poor run of results saw them drop out of the top four.

The Red Devils placed Michael Carrick in charge on a temporary basis. Ralf Rangnick was then confirmed as their new interim boss on Monday.

Man Utd aim to appoint a permanent manager at the end of 2021/22 campaign. At this point, Rangnick will take up a consultancy position for a further two years.

The likes of Mauricio Pochettino and Brendan Rodgers have been linked with the club in recent weeks.

But The Telegraph are reporting that Mancini has emerged as a “surprise candidate” to join United.

The report states that the club’s executives have several candidates under “careful consideration” for the permanent manager’s job.

Mancini spent over three years at Manchester City between 2009 and 2013. He won the Premier League and FA Cup with them during this time.

“This is the third interim manager since Fergie went. I don’t get it,” Souness said.

“The man Rangnick’s CV is not one you would go ‘wow’ and doesn’t jump out at you. He’s not been super successful. I think he’s won one trophy.

“His talent would appear, and we will find out, to go into a football club and develop the structure and improve in a five to ten year period.

“That’s what you are judged on. You walk into a football club, get the best out of the players and then if you are there long enough you can bring your own ones in to kick on.

“Right now, Manchester United have an underperforming squad of players.

“Will this new guy, who has never been in the Premier League be able to do that? I don’t think so.

“I don’t get this appointment on any level. If you are thinking about five or ten years time and the structures he might put in place [okay], [but it’s] six months and then he’s going to take a nice consultancy role. A nice pension for him, 63 years old, it’s lovely work if you can get it.”