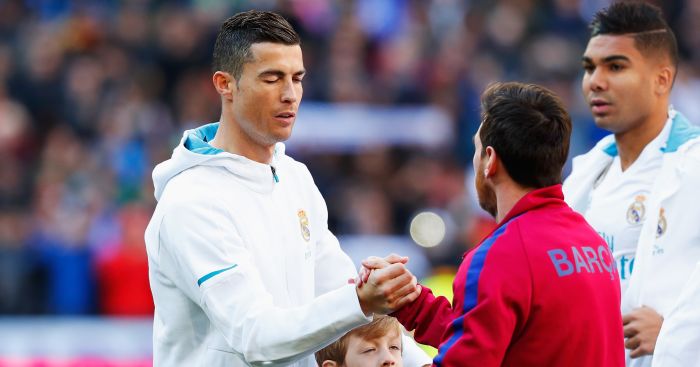 Cristiano Ronaldo and Lionel Messi have not made the top three in the Ballon d’Or this season, according to reports in France and Italy.

The 30-man shortlist, which was announced last month, was dominated by Champions League winners Real Madrid, who had eight players nominated.

Superstars Ronaldo and Messi were both included, but Tuttosport and Corriere della Sera report that neither have made the top three – for the first time in 10 years.

L’Equipe have released a short video for the ceremony, which features Kylian Mbappe, Raphael Varane and Luka Modric as the first three players shown before some of the other candidates are featured.

French publication RFI claimed on November 9 that, with half the votes collated at that point, Modric was first, with Varane second and Mbappe third.

Tuttosport have not claimed who has won the award which will be handed out on December 3, but they suggest the top three will consist of Real Madrid duo Modric and Varane, and PSG’s Mbappe.

And that will go down well with PSG striker Edinson Cavani, who says there must be a French winner of the prize, following their World Cup glory.

“Varane may well be there, Griezmann, Mbappe… I think a Frenchman should win,” the PSG striker told RMC .

“There are other players who could win it, but it should be a Frenchman, they have won the World Cup.

“Modric has had a great season, but his team-mate Varane won the Champions League and the World Cup. Modric was a finalist and had a great campaign, but Varane deserves it more.”