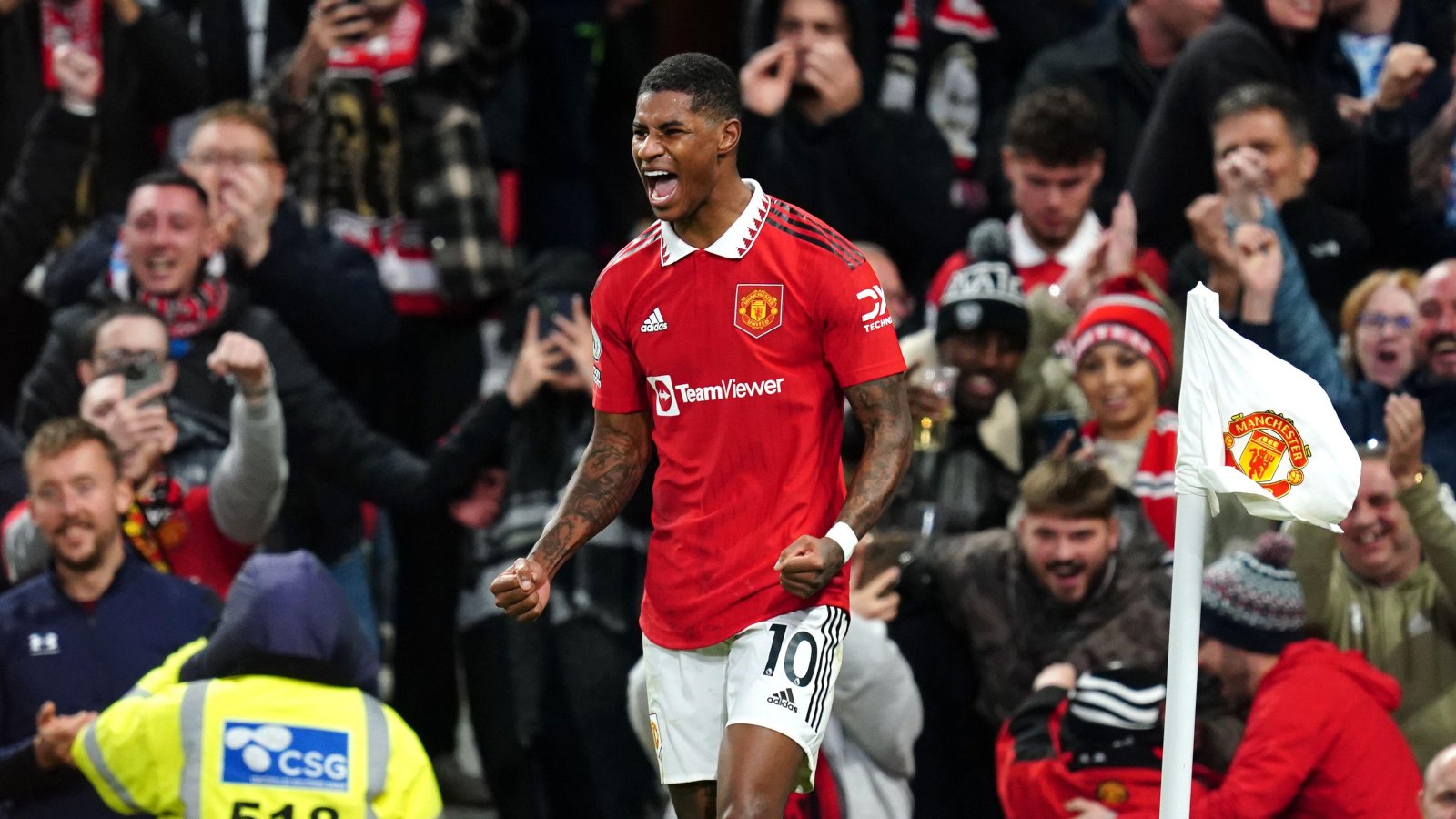 Man Utd are looking to secure the future of Marcus Rashford before the end of the year to avoid interest from rival clubs, according to reports.

The England international had a wretched time last season, as did the Red Devils as a whole, with Rashford contributing just four goals and two assists in 25 Premier League appearances.

Man Utd finished sixth and missed out on Champions League football with some questioning if Rashford and other players were up to the task of getting the Red Devils back to the top.

But Rashford, at times asked to play as the main striker, has bounced back into form this campaign with seven goals and three assists in 14 appearances in all competitions.

The Man Utd academy product has entered the final eight months of his contract at Old Trafford and now the Daily Mail claim that the Premier League side ‘will secure Rashford’s future in Manchester before the end of the year to fend off interest from rival clubs’.

Man Utd – who were recommended six players by former interim boss Ralf Rangnick – will ‘either offer him new terms or trigger the one-year option on his current deal — otherwise Rashford would be able to open talks formally with foreign clubs from January 1’.

There were rumours over the summer that Paris Saint-Germain were interested in his signature as the clock ticked down on his £200,000-a-week contract.

Rashford’s representatives did meet up with PSG’s recruitment team but nothing will come of their interest as the forward ‘wants to stay at the club’ and Man Utd boss Erik ten Hag sees him ‘as central to his plans’.

The England international scored his 100th goal for United on Sunday in a 1-0 victory over West Ham with some pundits and supporters tipping him to be on the plane to the World Cup later this month.

When asked whether he was thinking about the World Cup, Rashford replied: “Not at the minute. I’m concentrating on the next game. We have to try and keep winning games here.

“We’ve got two more league games before the World Cup, if we win those two games we’ll stay in (contention for) the top four, so that’s what I’m focused on.”

On why he and Man Utd are doing better this season, Rashford added: “I just think the energy is a lot different. That’s the biggest thing, the energy is more positive.

“Within the whole team and at the training ground, for me that is the biggest thing. I just want it to keep going really and keep enjoying it. If we’re winning games I’m sure that will happen.”