Home All The News Reports: United braced for interest in 10 players 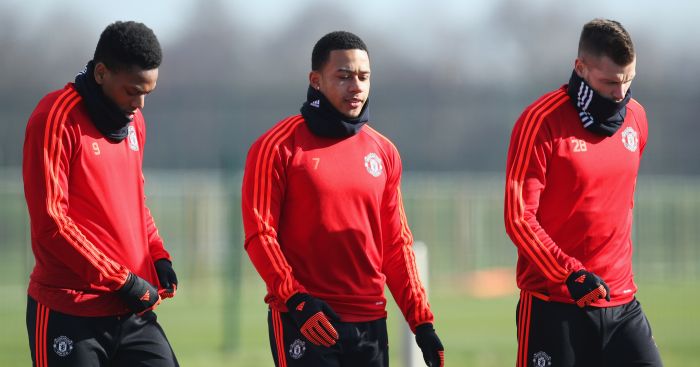 As many as ten Manchester United players could be the subject of interest in the January transfer window, according to reports.

There has been a number of first-team players struggling to break into Jose Mourinho’s United starting XI so far this campaign with 27 players in his squad.

Many of the players on the fringe of his matchday squads of 18 have been linked with numerous moves away from Old Trafford.

According to the Manchester Evening News, Memphis Depay, Morgan Schneiderlin, Matteo Darmian, Marcos Rojo, Ashley Young and Sam Johnstone remain the players most likely to leave in January with interest expected to be high.

Darmian has been rumoured to have suitors in Italy, Johnstone is likely to have his pick of several Championship clubs while Depay and Schneiderlin have both been linked to other Premier League sides.

The report suggests that there could be other lukewarm interest in Daley Blind, Marouane Fellaini and Anthony Martial.

Despite all the potential offers, it is understood that the Red Devils are only looking to move on Bastian Schweinsteiger, who is reportedly being courted by MLS side Chicago Fire.