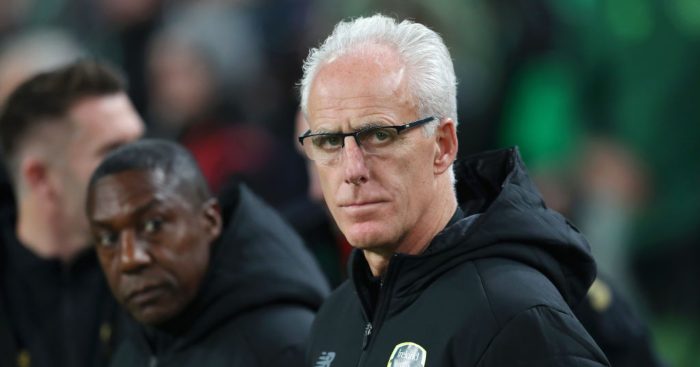 The FAI have announced that Mick McCarthy has been replaced as Republic of Ireland manager.

Stephen Kenny, who has been in charge of the nation’s Under-21 side for the past two years, has been confirmed as McCarthy’s replacement.

48-year-old Kenny has had an extensive coaching career despite his relatively young age, having taken up his first management job at the age of just 25.

He has won Irish league titles with Dundalk (on five occasions) and Bohemians.

McCarthy had been out of contract with Ireland after Euro 2020, with a play-off against Slovakia still to be negotiated – but that fixture has been pushed back, in line with the whole tournament being postponed to next year.

Therefore, the FAI have decided to bring Kenny’s appointment forward by a few months in order to allow him to prepare for the qualifier.

Gary Owens, interim CEO of the FAI, said in a statement: “These are exceptional times in Irish life and Mick has taken that into account in agreeing to vacate the post early.

“On behalf of the FAI, I wish to express our gratitude to Mick for his service and commitment to our national team throughout his career and particularly in his second spell as Ireland manager. We wish Mick and his staff well and we thank them all for their hard work in this European Championship campaign to date.”

61-year-old McCarthy had been in charge of Ireland since 2018 after a six-year spell with Ipswich Town.

His last match as Ireland boss was a Euro qualifying draw with Denmark, which saw them miss out on an automatic place in next summer’s event.