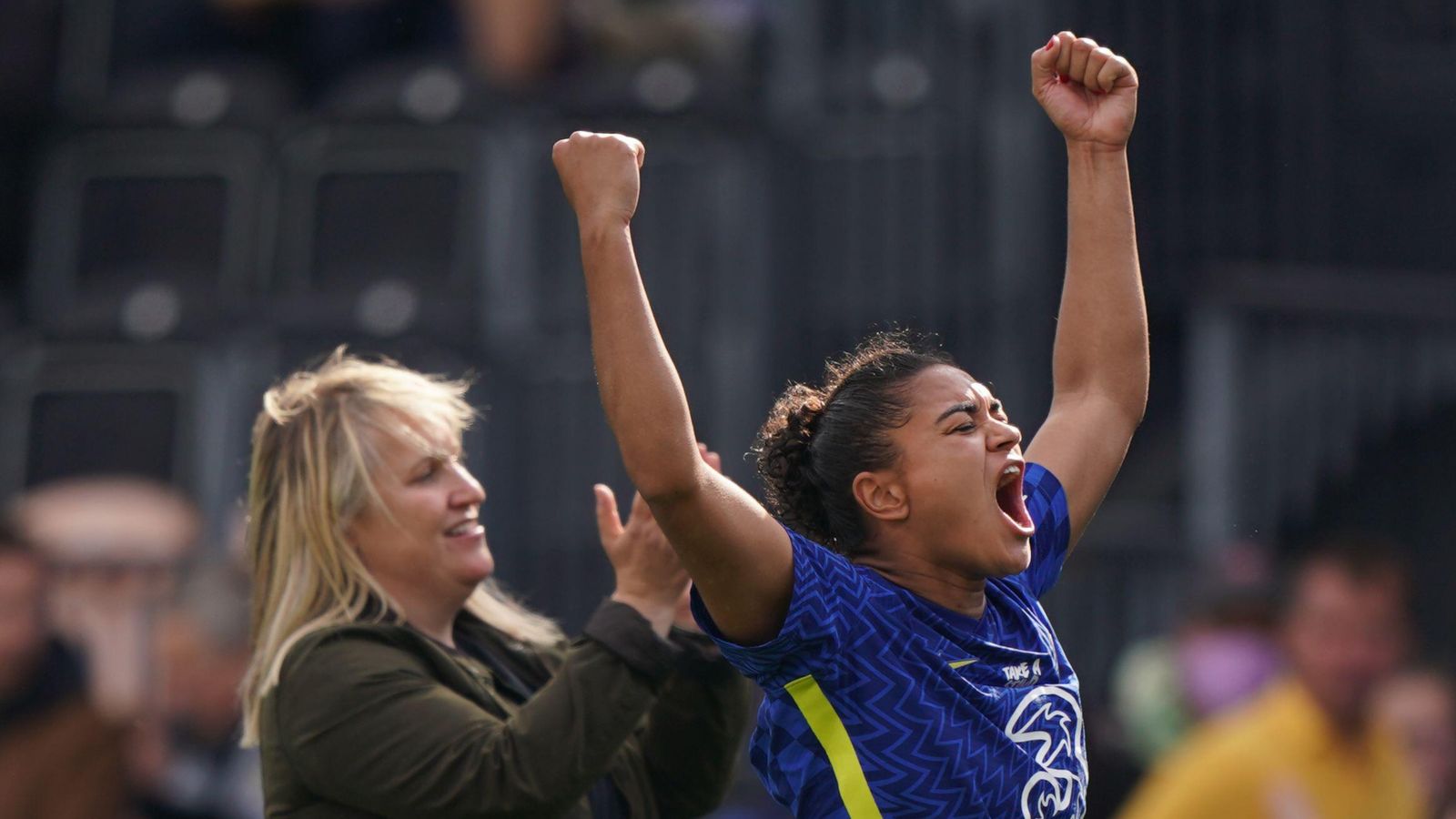 The WSL title race is edging towards a conclusion, with Chelsea sitting just a point above rivals Arsenal with three games remaining. The Blues have three banana skins sitting between themselves and a third successive league title – the visit of Tottenham, a trip to a Birmingham side fighting for survival, and the visit of Champions League-chasing Manchester United on the final day of the season.

It’s a difficult-looking run-in for Emma Hayes’ side and any other team would certainly struggle. But domestically, Chelsea just have a habit of adapting, digging in and getting the job done, no matter what gets thrown at them.

Arsenal had been in the driving seat after bursting out of the blocks at the start of the campaign, but they stuttered after Christmas. The Gunners’ draw with Manchester United in February left the title in Chelsea’s hands, and since then the Blues have done everything required to remain in control in their destiny, drawing with Arsenal and then winning their last six.

These have not been straightforward victories either; there’s been the last-gasp Sam Kerr winner against Aston Villa and their most recent 3-1 triumph over Tottenham, despite playing an hour with 10 players after Ann-Katrin Berger was dismissed with the scores poised at 1-1.

Chelsea had been here before. During the first leg of their 2020/21 Champions League last-16 clash against Atletico Madrid, Sophie Ingle was sent off with just 12 minutes on the clock. Chelsea didn’t just hang on, keep the scoreline respectable and stay in the tie; they won 2-0.

“100%,” Hayes responded at full time when asked if the experience of beating Atletico had helped her side against Tottenham. “I think the team (was) really galvanised, dug in.

“We’re having to adapt the whole way, but that was crucial because in crisis I think my team do really well. There’s rarely times in the last few years where in crisis we go under. I thought that was an amazing display of courage, confidence, conviction, togetherness, camaraderie – all the things you cannot understate.”

It’s a testament to the versatility of the squad that Hayes has assembled that they are able to not only adapt during situations of adversity, but thrive.

Against Atletico last season, it was the athleticism of Niamh Charles that was a real asset. The dynamic youngster seemingly operated as both a right-back and right-winger in a mammoth display, making it easy to forget that the Blues were a player down.

Against Tottenham, the work rate and energy of Erin Cuthbert and the ability of Guro Reiten to play both centrally and wide left again made it hard to tell that Chelsea were missing a player in midfield. The versatility of Jess Carter was also key to Chelsea’s adaptability, with the defender operating in three different positions across the 90 minutes.

“It was the calmest dressing room in the world at half time,” Hayes added. 2Ever since Villa it’s been extremely calm in terms of as it’s getting hectic, (we) keep making the right decisions, (we) keep adjusting.”

This ability of Chelsea’s to adapt and secure a result no matter the circumstances is a trait that they currently hold over rivals Arsenal – and is unsurprising given that Hayes has spent a decade cleverly assembling her side and carving out an identity, while Gunners boss Jonas Eidevall is still in his debut season in charge.

“A team like Chelsea have been around a long time,” said Spurs boss Rehanne Skinner. “They know how to come back from certain situations and they’ve developed that resilience with the players they have.”