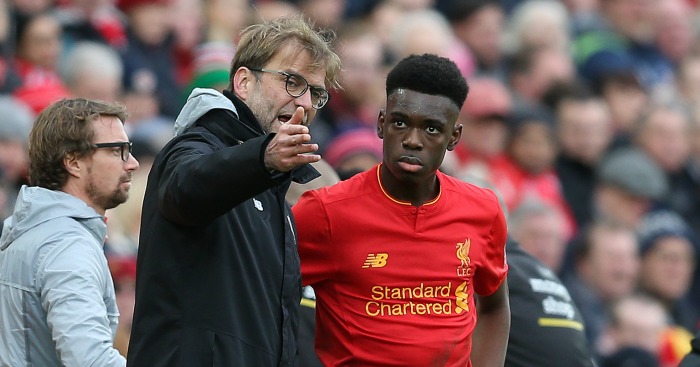 For most of football’s history, clubs played the best available players in all games, including the FA Cup because

1) They didn’t have many players.

2) They wanted to win, if possible.

3) Losing after playing anything other than your best side would have been seen by fans, club officials and even the FA as disgraceful, verging on corrupt – football’s equivalent of pulling a horse in a race to make sure it doesn’t win.

What happened to thinking like that in the Premier League and increasingly in the Championship?

I don’t know the answer to the former, but the second is easier to answer: Because the manager doesn’t really care if they’re knocked out. It’s not quite as extreme as ‘wanting’ to lose, but not minding if they do.

How do I know?

Because if a manager really, really wants to win, he would play the best team he could, wouldn’t he?

I don’t buy the excuses about blooding young players, giving squad players a chance while ‘resting’ others. No. You played a worse side than you could have, for one reason and one reason only, and that reason is this: you didn’t mind if you lost. Admit it. We all know it’s true, Phew, out of the cup, no more games to get in the way of merely existing in the holy Premier League.

Until relatively recently, that was a risk no-one was prepared to take. Nowadays, cups seem to get in the way of…well…in Liverpool’s case, a big fat nothing. No European games, no League Cup final. Oh wait, there’s a Premier League game on Tuesday night. Three and a half days, yeah gotta rest young fit men for that, they’ll be exhausted. Pfft.

The resting culture is so acceptable now that we’ve all stopped thinking about it. But it shouldn’t be acceptable because it undermines the integrity, not just of the cup, but of the whole sport. In the back of Wolves’ players minds they know that they had a great win, but it was not as great as if Liverpool were at full strength. Winning a fight against a bigger man, because he’s got his hands tied behind his back, is less of a victory.

In this way such Premier League clubs are tainting happy moments with their cynicism.

Mark Lawrenson has said that when Liverpool all but ruled European football and were playing a lot of games close together, they simply didn’t train between games. They didn’t have to. And that’s how they stayed fit and capable. They didn’t need resting and they were still winning. Different days, I know. But really not that different. It was still played by humans, largely in their 20s. Yes, modern football is faster – not that much faster – but definitely faster. But compared to 35 years ago, players have better physiotherapy, treatment, pitches, boots, clothing, nutrition and fitness training. I don’t state this out of any whiff of nostalgia, but just to draw contrast. Those players 35 years ago had to work much harder, for longer and with less resources and less support. But they could, by and large, do it. I would suggest that cotton wool suffocates far more than protects.

It was once possible for most of a squad to play over 50 or 60, even 70 games a season. It was just strong, fit young men who did that, not super-humans. They played on dense, energy-sapping pitches of sand and mud, and had little more than hot soap and the loving hands of a physio between them and injury. Sports Science hadn’t been invented but being strong, fit and resolute had. These were men surely not that different to their modern counterparts. The excuse that players forever need resting doesn’t hold water, but it is repeated so often that it’s become a mantra we no longer question, even though it is to the wider detriment of the game. Even though it has led to a situation where clubs would rather lose games than win them.

If you told Graeme Souness that he couldn’t play a cup game on Saturday lunchtime and be fit and strong enough to play a league game on Tuesday evening, you’d need an operation to remove his foot from your arse and I’m sure he’d tell you as much today.

Those same ex-players say that if you tell some players they’re tired, then they’ll feel tired. It becomes a self-fulfilling prophecy, because excuses forever seek reasons.

Let’s see how well Liverpool play on Tuesday. Do you think all the players dropped on Saturday will be full of more vim and vigour than if they’d played against Wolves and won? No, you don’t, I don’t. No-one does. That’s because it’s a modern delusion; a hypnosis that even the best have got with the group-think on. The pressure is now on those players and the stress of that is surely more of an inhibition to performance than playing football three-and-a-half days earlier. And even if they play well, where is the proof that was because of having a week of rest, rather than three-and-a-half days?

Moving on, even if we accept you might want to give a couple of players a day off, why is the quality of their replacements so poor, at such rich clubs? Hull were hilarious, Liverpool were heinous, Southampton were hapless, Watford hopeless. Even Spurs looked all over the place until they brought on the creme de la creme. Why is the expression ‘weak bench’ used for any of these sides? Where is all the money going? Not into building a strong 22, not into developing brilliant young players, clearly, if this weekend’s evidence is anything to go by.

For too many managers, losing seems to have become a new form of winning, and that turns us all into losers.