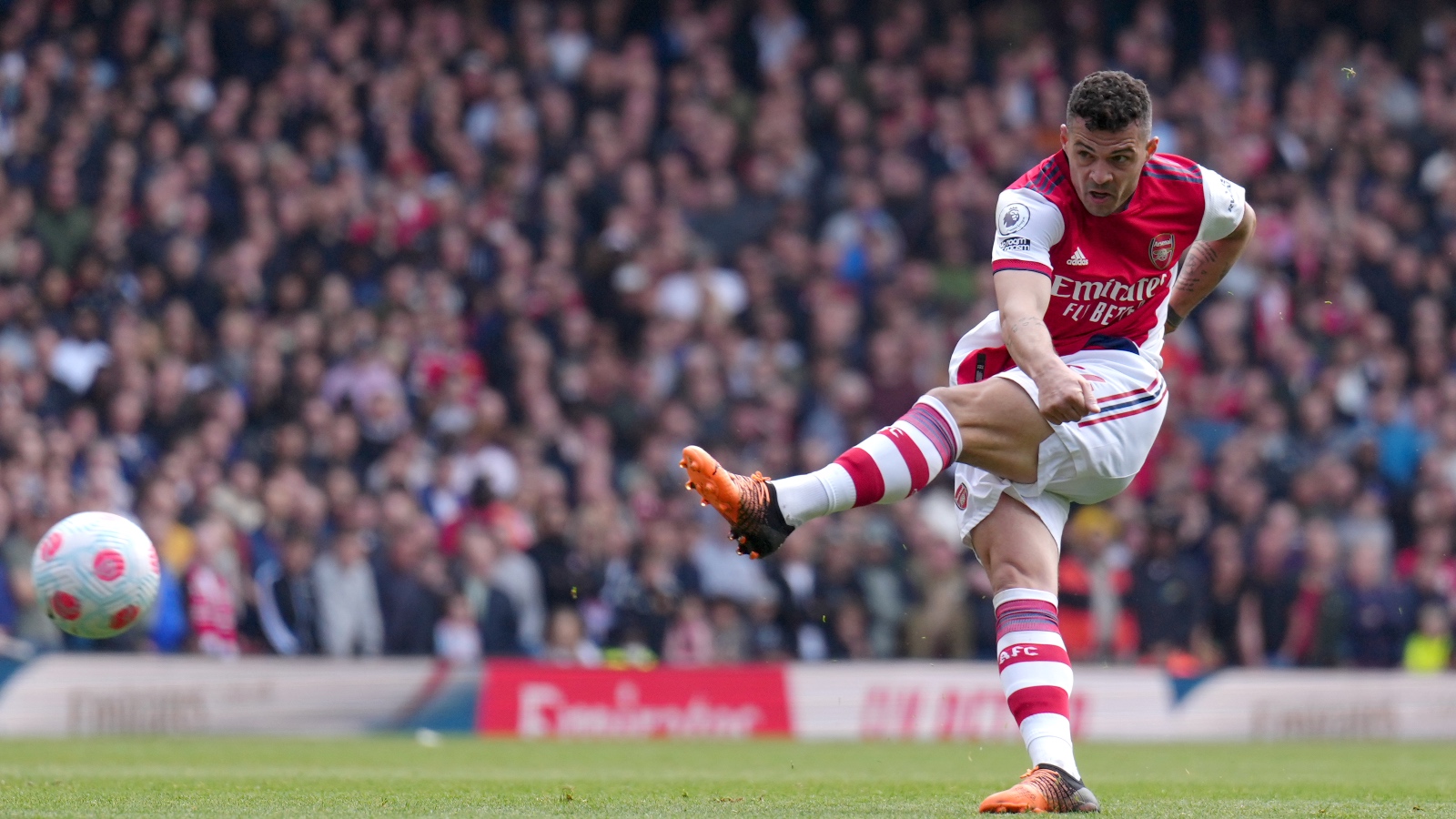 Arsenal midfielder Granit Xhaka is “ready” to be reinstated as club captain if called upon, he has revealed ahead of the clash with West Ham on Sunday.

In October 2019, Xhaka was stripped of the captaincy by former Gunners boss Unai Emery following an incident in which he took his shirt off and appeared to swear at the Arsenal fans after being substituted.

Xhaka, though, has developed a strong relationship with the current manager Mikel Arteta and has been a key part of their revival under the Spaniard, winning the club’s player of the month award for April.

He is seen as a pillar of leadership in the dressing room and he has now revealed that he would happily take on the official responsibility of being Arsenal’s captain if it was offered to him. The Gunners have been without a permanent captain since Pierre-Emerick Aubameyang was stripped of the title in December, with Alexandre Lacazette, Kieran Tierney and Martin Odegaard all filling temporary roles.

“I will never say never,” Xhaka told Sky Sports. “A captain of Arsenal can be without an armband and I am trying to lead the game and the players without the armband, but if tomorrow someone from the football club comes and asks if I want to take it I will be here because I know I am ready again to do it.”

This is despite him telling The Players’ Tribune last month that his relationship with the Arsenal supporters is “like broken glass”, insisting it “will never be the same” again.

“When I close my eyes now, I can still see their faces,” he said. “I can see their anger. It’s not that they don’t like me. No, it’s different. This is hate. Pure hate. I am really not exaggerating this.

“Listen, I have never had a problem with criticism. Was Xhaka s*** today? OK. No problem. But to be booed by your own fans? As captain? That is different. That is about respect. This word has always been huge for me, ever since I was a kid. It’s something I got from my mother. Respect for your parents. Respect for your club, your teammates, your fans.

“That day, I felt very disrespected. The comments were over the line. It felt personal.”