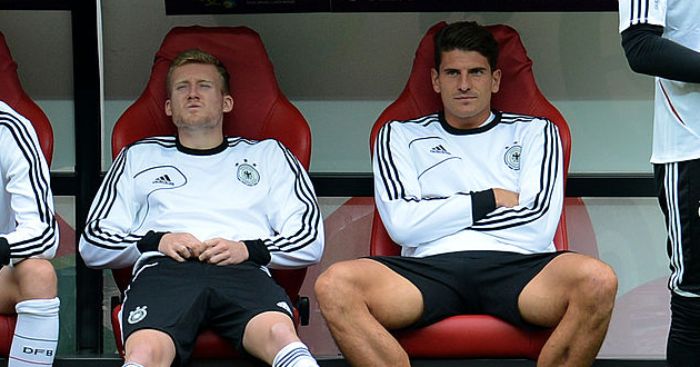 Iker Casillas is not alone in calling time on a wonderful career this summer. He is not even the only retiring world champion.

It is testament to Iker Casillas’s dedication and will to perform that the decision did not come a year sooner. The Spaniard hung up his gloves for good on Tuesday, having suffered a heart attack during Porto training in May 2019.

The 39-year-old returned to the fold soon after but had already played the final match of an illustrious career. How Porto could have done with the ability of the only goalkeeper to save penalties in two separate World Cups when Porto lost a Taca de Portugal final shootout to Sporting soon after his condition came to light.

It was a sad end to a career spent at the top for more than two decades, from becoming – and remaining – the youngest player to start a Champions League final for the winning team in 2000, to fighting Jose Mourinho and keeping the most clean sheets in international history. If he wasn’t raising the bar, he was tipping shots over it.

“I am happy with the career that I have had and look back on many beautiful moments,” said Paul Verhaegh in June. The 36-year-old won little of note across spells in Germany and his native Netherlands, captaining Augsburg in the first six Bundesliga seasons of their entire existence, with a World Cup start in the 2014 tournament in between.

Verhaegh would earn a bronze medal for his efforts in Brazil, featuring in the round of 16 against Mexico but otherwise struggling to displace Dirk Kuyt at wing-back. That is a battle no mere mortal can realistically win.

Graeme Souness was said to be ‘suitably impressed’ by the performance of 21-year-old Jeremy Mathieu in a UEFA Cup game for Sochaux against Newcastle in November 2004. The centre-half missed a penalty and a sitter in a 4-0 defeat to the Magpies. There must be a “funny story” there, too.

In fairness to Souness, Mathieu would enjoy a solid career throughout Europe, earning five France caps and being named in their Euro 2016 squad before having to pull out through injury. At club level, he left his native country at the behest of Unai Emery and Valencia in 2009, proving himself in La Liga to the extent that Barcelona spent £15.8m on the 30-year-old in 2014. He won nine trophies at the Nou Camp, if not the hearts and minds of the fans.

The truest of one-club men spent not a single season of his professional career outside Saint-Etienne, playing a small part in their promotion from Ligue 2 as champions in 2004 and establishing himself as a defensive mainstay in the subsequent 16 top-flight seasons. Loic Perrin rose as high as fourth with the club on two occasions, reaching the Europa League knockout stages in 2016/17 before falling to eventual champions Manchester United.

The 34-year-old bowed out as any self-respecting player would wish to: with a red card for knackering Kylian Mbappe’s ankle in the Coupe de France final in front of no supporters. It’s an absolute fairy tale.

A final total of 420 absolutely blazing Premier League games slots Leighton Baines neatly in between Gareth Southgate and Teddy Sheringham in terms of overall top-flight appearances. The 35-year-old could feasibly have stayed long enough to overtake Alan Shearer (441) or Petr Cech (443) but the decision to retire on his own terms, rejecting Everton’s offer of a one-year deal, was testament to his character. There are too many artful pictures to take, guitars to play and moments in life to savour instead of spending time as back-up to the excellent Lucas Digne.

For the better part of a decade, there was no more reliable and consistent full-back in England. His record for most Premier League assists by a defender could well be broken by Trent Alexander-Arnold in a single game soon enough, but Baines was dependable as they come in attack and defence. It is just a shame he couldn’t back that up with a trophy of any kind.

The plaudits were rather predictably reserved for Olivier Giroud and Younes Belhanda, yet without Souleymane Camara one of the most surprising title victories in modern history would not have been possible. The highest scorer in Montpellier’s Ligue Un history saved nine goals for the 2011/12 season as PSG were beaten to the crown by three points. Having helped them earn promotion only three years prior, it was a historic achievement.

He even made his mark on the world stage, again as a more peripheral figure. He made a single appearance at the 2002 World Cup for Senegal, somewhat overshadowed by namesake Henri, while representing his country at the Africa Cup of Nations, starting just three times across as many tournaments. You might say he was a little Camara shy.

Another genuine one-club man, Bruno Soriano missed the boat – the Yellow Submarine, let’s say – somewhat at Villarreal. He made his debut a season after Manuel Pellegrini had guided the side to the Champions League semi-finals and seventh place in La Liga, although his first campaign as a regular starter brought a league finish of second behind Real Madrid. Villarreal looked to have established themselves among the elite with placings of fifth, seventh and fourth thereafter, only to slip into the Segunda Division in 2012.

Soriano rejected overtures from Valencia to guide them back at the first time of asking and Villarreal have only finished outside the top six in one of their seven subsequent La Liga seasons. A knee injury kept Soriano from making a single appearance in either 2017/18 or 2018/19 but the Spain international managed an unlikely comeback to feature seven times this past season, captaining the club in his last game before retirement. He has at least 47 more Villarreal appearances than his closest contender.

He deserves more than for Google to ask whether you meant a Tottenham wastrel when searching his name. Gelson Fernandes was once declared “the best young player in Switzerland,” played the full 90 minutes of an 8-1 defeat to Middlesbrough in May 2008 and ensured New Zealand could declare themselves the 2010 World Cup’s only unbeaten side by scoring the winner against reigning champions Spain. Put some respect on his name.

The Swiss midfielder saved perhaps his best club spell for last, joining Eintracht Frankfurt in 2017 and forming a key part of the team that came within a penalty shootout defeat to Chelsea of reaching the Europa League final. I’d like to see Gedson try that once in a while.

Sounding positively withered by his footballing experiences, declaring that “the depths became deeper and the highlights less and less” and “I no longer need the applause,” Andre Schurrle stepped off a rollercoaster that delivered a World Cup, a Premier League title and two German Cups from 2014 to 2017, but disappointment, relegation and injuries in the years since.

There really are so many paths you can take after assisting the winning goal in a World Cup final. Schurrle earned the last of his 57 Germany caps in 2017, leaving him free to finish fourth with Borussia Dortmund, 19th at Fulham and seventh with Spartak Moscow. A global pandemic gave the 29-year-old the push he needed to make a definitive decision. But we will always have that goal against Burnley.

That touch, that finish 😍

This beauty from Andre Schurrle is @carling Goal of the Month for January#PLAwards pic.twitter.com/5u6t6RN1hH

Oh, and that goal against Burnley.

On this day: 2014 – Andre Schurrle scored THIS goal for #Chelsea (vs Burnley). #CFC pic.twitter.com/QuhYUmGtno

The button has finally been pressed for the 427 millionth and final time. Mario Gomez started his career in the German regional leagues with Stuttgart’s reserve side and ended it back with The Swabians, helping them to Bundesliga promotion after a single-season hiatus.

The 35-year-old is hardly past it: he was assisting World Cup goals as a substitute two years ago and top-scoring in the Turkish Super Lig in 2016. But having completed his “last mission” in returning Stuttgart to their rightful place, the time felt as right as it ever would.

The rona has an awful lot to answer for, not least robbing Aritz Aduriz of the perfect end to a sterling career. A Copa del Rey final between his beloved Athletic Bilbao and hometown club Real Sociedad, played against the Basque backdrop of a bellowing support, could finally have delivered silverware for the most deserving striker possible. But the need for a prosthetic hip tends to override sentimentality. We really have all been there.

Aduriz ends as the second-highest scorer in Bilbao history, ranking joint-third overall in terms of UEFA Cup and Europa League goals. Less than a year ago he was scoring bicycle-kick winners against Barcelona. Time is cruel and unrelenting.