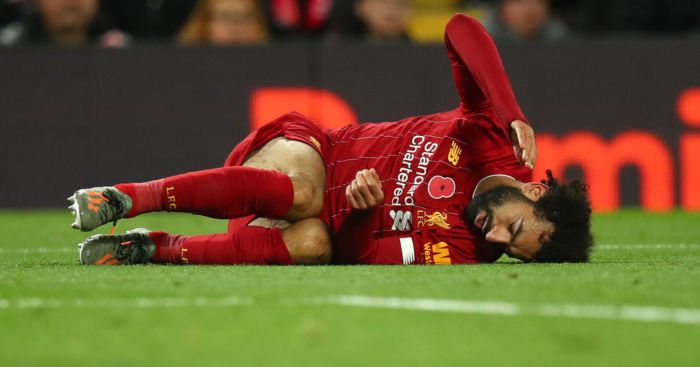 It is not yet known when Liverpool forward Mohamed Salah will return to action after picking up an ankle injury, according to reports.

Salah reported for international duty with Egypt ahead of their Africa Cup of Nations qualifiers against Kenya and the Comoros Islands but he was forced to withdraw from the squad on Tuesday.

The 27-year-old was seen in Cairo wearing a protective boot on his left foot as he missed a training session with Egypt after aggravating an injury he picked up in early October.

Sky Sports claims that Liverpool will now ‘grant him an extended period of time off’ as he looks to continue his rehabilitation from the injury.

Salah ‘has been given the chance to train away from Liverpool‘s Melwood training ground’ but it still ‘remains unclear how long’ the forward will be out for.

The Egyptian first picked up the injury against Leicester City on October 5 but he has managed to play a part in Liverpool’s five matches since before reportedly aggravating the injury in their recent win over Manchester City.