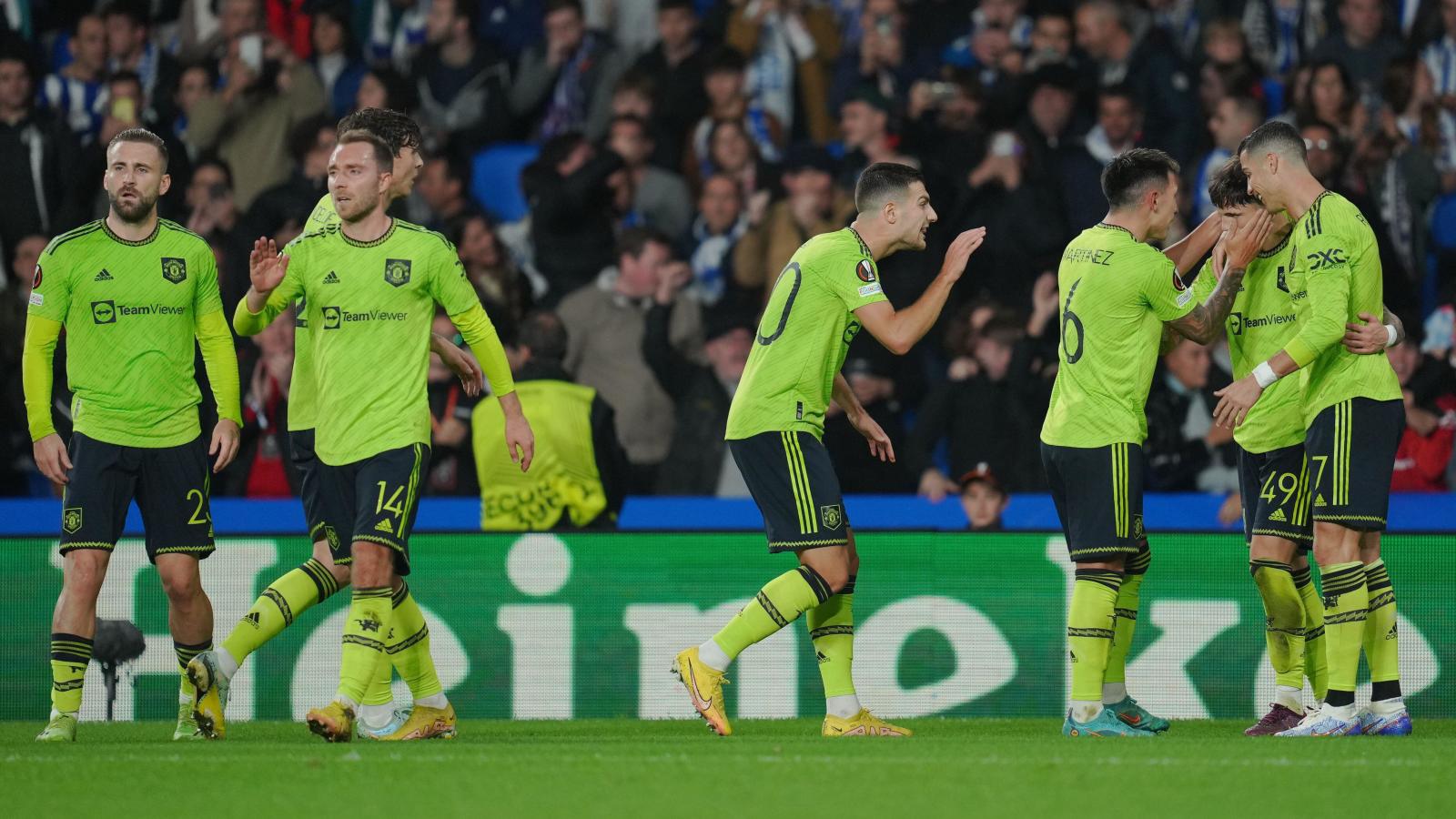 Alas, we find ourselves in a position where we are required to give UEFA some credit. Nobody wants to have to do so, but fair’s fair.

The way they’ve ended up at it may be flawed – and still relies on the unhealthy idea that Champions League failure-flops are special snowflakes who deserve a second chance – but the current revamped structure of the Europa League does produce some fabulous entertainment.

Under the old system in place until a couple of years ago, this game between two sides in Real Sociedad and Manchester United both safely tucked up in the top two would have been essentially a dead rubber. First or second in the group had never really mattered that much in this competition. You might face another Europa team, you might face a Champions League dropout. But either way, in the absence of the biggest beasts there was minimal tangible reward for finishing first or second beyond hoping for a bit of luck in the last-32 draw.

But now, and this daft season above all, the reward for winning the group is huge: two fewer games of football. And the high-calibre identity of this year’s Champions League frauds only adds to the fun. It means almost every game matters even in those oft-seen European groups like this one where it’s very quickly very obvious which two teams are going through.

And in this specific case it produced a thrilling game of football, in turns high quality and ultimately high farce, that Manchester United ended up on the wrong end of despite a decent performance, in the first half at least, and on the face of it a fine 1-0 win.

That was an impressive result that put them level on 15 points at the top of this group with tonight’s foes Real Sociedad and level on head-to-head after starting the campaign with a 1-0 home defeat to the Spaniards in that traumatic period at the start of the season before Erik Ten Hag’s magic had really started to work.

Sociedad therefore top the group by a single goal on goal difference, and by that slender margin reap the huge reward of skipping straight through to the last 16. For Manchester United, there now comes a Europa League play-off game that may well have a distinctly Champions League knockout feel to it.

There are some proper giants and assorted other trappy opponents potentially now blocking United’s path. Barcelona and Juventus are obvious standouts. Ajax are nobody’s idea of an easy European night. Sporting looked quite good on Tuesdays and Wednesday, albeit in the Champions League’s most avowedly Europa-ish group. Sevilla are seasoned Europa League specialists.

United will, inevitably, rue the shonky performance and iffy penalty at the very start of this group stage that has ultimately cost them. There was far less cause for recrimination tonight, but at the same time there is no doubt this was an opportunity missed. The chance was there and at half-time it did feel like a matter of time before a second United goal.

They were fantastic in the first half, perhaps the best they have been under Ten Hag.

Bruno Fernandes was excellent marauding and probing from a position out on the right with Ronaldo providing central menace. Best of all, though, was teenager Alejandre Garnacho on the left.

He scored his first United goal with barely 15 minutes gone to really raise hopes of pinching top spot, and it was a lovely goal too that involved each of the front three. Fernandes headed the ball into the path of Ronaldo, whose pass for the run of Garnacho was perfect in both line and weight but still left the 18-year-old with plenty to do. He did it splendidly thanks to a good first touch, an even better second touch to take him decisively clear of a scrambling Sociedad defender before at full tilt his third touch from a tightish angle whistled over the keeper and into the roof of the net.

If the extra games are a burden United could do without, the performances of Garnacho over the last two games are a significant silver lining. He was involved in another lightning United break before half-time that started with him winning the ball on the edge of his own area and it is no exaggeration to say that in a front three alongside Ronaldo and Bruno it was the young Argentinian who was the biggest threat.

Yet United’s lead was always fragile given the need to chase more. Before half-time David De Gea was required to produce a memorable double save – the second of them at point-blank range with his head – in order to preserve United’s lead.

Still, though. More of the same general pattern of play in the second half and United seemed sure to find that second goal. And yet instead they rather lost their way in a game that became increasingly fractious and fractured. The referee didn’t cover himself in glory and by the end Sociedad were time-wasting egregiously, but that’s a wider problem for football to solve and no blame can ever really be attached to teams that do it. As much as anything because literally all teams do it.

And none of it really excuses the way United ceded control of the game. We’re only human and were of course delighted to see United end the game with a front two of Cristiano Ronaldo and Harry Maguire. Only a fool wouldn’t want to see that, and as neutral observers we’ll cheerfully chalk it up as another victory for UEFA’s format tweaks.

But is it really the best way for Manchester United to be scoring a second goal in a game they had dominated for so long via more orthodox methods?

Probably not, but here’s hoping we get to see that dynamic duo again at Camp Nou in the playoff round.