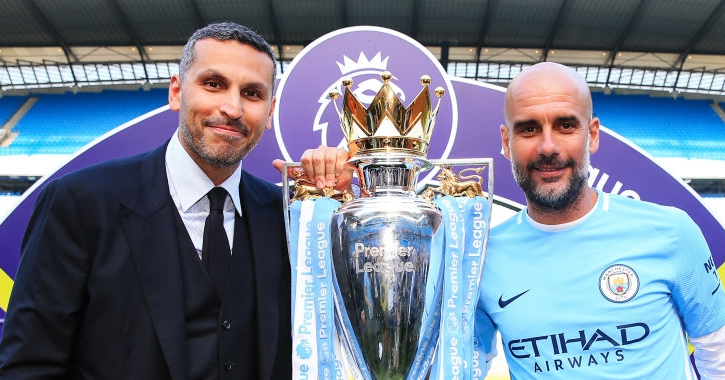 ‘Ranieri was the outstanding candidate from a shortlist that did not, as speculated, include the former Arsenal manager Arsene Wenger’ – Alysson Rudd, The Times.

Good to have one of the game’s great characters back. But we’re also about to find out just how good Ranieri is… https://t.co/txYM3QyEiY

Who else can’t wait to find out ‘just how good’ a manager who won the Premier League title with Leicester is?

John Cross is back on Thursday with more thoughts on Ranieri for the Daily Mirror. After his contested claim that Fulham ‘sounded out’ Wenger over replacing Jokanovic, he offers the following line:

‘But they went for Ranieri and are now looking for him to achieve another miracle.’

Yes, how can Fulham possibly overcome a three-point gap to safety in the space of 26 games?

I believe in miracles
Cross is not alone. Which is weird. As Matt Barlow and Simon Jones team up to write in the Daily Mail:

‘Claudio Ranieri is back in the Premier League and the manager who led Leicester to the top has the task of somehow hauling Fulham off the bottom.’

They are two points behind Huddersfield, and three behind Cardiff, Southampton and Crystal Palace.

They spent more than any other Premier League club except for Liverpool and Chelsea in the summer, and will oversee a similar level of investment if required in January.

They have 26 games of the season left.

CAN RANIERI SOMEHOW PULL OFF THE FULHAM MIRACLE?

OK, Computer
One of Mediawatch’s favourite things ever – and a staple of the international break – is predicted Premier League tables. Actual ones are simply not enough: quench our thirst by telling us what might happen based on what has already happened.

TalkSPORT happily oblige on Thursday, as they ‘REVEAL’ the ‘Premier League 2018/19 final table’. Which is a bloody brilliant way of saying they’ve completely guessed it.

Have they had the work-exer labour over all the results thus far, check the expected goals tallies and draw up some conclusions? Have they put an algorithm together to do all the calculations? Or have they brought back the greatest thing in all of football media?

Thanks to THE SUPER COMPUTER, it is ‘REVEALED’ that:

1) Cardiff, Huddersfield and Fulham – the current bottom three – will be relegated. Bad news for the miracle.

2) Manchester City will win the Premier League, with Chelsea, Liverpool and Tottenham – the current top four – finishing directly below them.

Is there any point continuing with the season now THE SUPER COMPUTER has spoken?

Mail order
What is the biggest story in football as of Thursday lunchtime? The final England appearance of Wayne Rooney? Claudio Ranieri’s arrival at Fulham? Marouane Fellaini’s haircut (a ‘story’ which, mercifully, makes just one newspaper: The Sun)?

No to all three. Let’s head to the MailOnline to find out what adorns the top of their website.

‘Hungry for some down-time! City star Aguero blows off steam in LA by driving Ferraris with friends and tackling ‘magical burger”

Knot news
Perhaps The Sun online can set a better example. What is top of their website at lunchtime on Thursday?

‘Cristiano Ronaldo and Georgina Rodriguez to tie knot after he proposes’

Express delivery
Let’s not even pretend the Daily Express website will have higher standards. But hey, what do they give the most precedence to?

‘Man Utd chief Ed Woodward pictured at transfer meeting – did you spot who he was with?’

Yes, Steve Parish. Because they were both going to a meeting of all Premier League chief executives. Which, crucially, is not a ‘transfer meeting’.

The Bournemouth striker once “said I’d never go to Wembley until I played for England, so I haven’t actually played there yet,” you see.

John Cross turns this into a ‘vow’, and says that Wilson ‘broke his promise to support his beloved Coventry City in last year’s Checkatrade Trophy final because he feared his chance had gone.’

Or because it was the first time Coventry had played at Wembley in 30 years, and he was injured so was free to go.

Also, are we supposed to believe that Wilson would have refused to play for Bournemouth away at Tottenham had he been fit to do so?

Still, #narrative and all that.

Reade all about it
Writes Brian Reade in his Daily Mirror column:

‘Not for the first time recently, Liverpool’s two best payers [sic] against Fulham were Andy Roberson and Xherdan Shaqiri.

‘The pair cost a combined total of £21.5million, despite them being full internationals with Premier League experience and in their mid or early 20s when they signed. Which is a mere £2.5m more than Jose Mourinho paid for full-back Diogo Dalot, the cheapest player he has bought to Old Trafford, apart from third-choice keeper Lee Grant.’

And Zlatan Ibrahimovic, who did score 28 goals in 46 games in his only full season after joining on a free transfer. But yeah.

Recommended reading of the day
Rory Smith on Wembley.