Home All The News Revealed: Why Klopp rejected Gotze and Chilwell 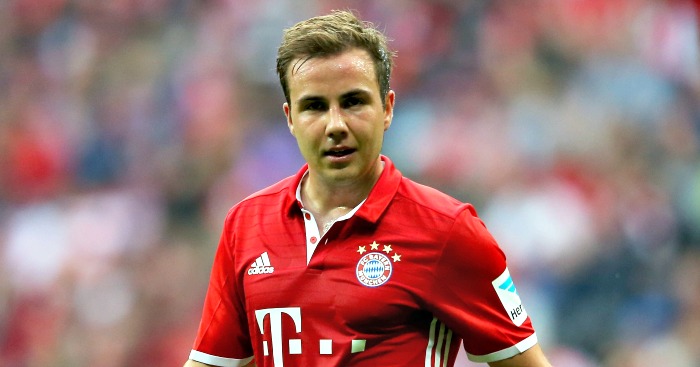 Jurgen Klopp turned down the opportunity to sign both Mario Gotze and Ben Chilwell this summer.

According to Liverpool-based journalist Tony Barrett, the German had identified his compatriot Gotze and Leicester left-back Chilwell as potential targets heading into the transfer window.

The Reds signed six players in the summer for a combined £67.9million, with Southampton forward Sadio Mane comprising almost half of that total.

But the Merseysiders were prepared to spend even more on Borussia Dortmund star Gotze before Klopp pulled the plug on the deal.

‘Players not only had to want to sign for Liverpool, they had to buy fully into his vision,’ Barrett wrote for JOE. ‘If they didn’t, if they prevaricated in any way, tried to hedge their bets or seek unreasonable rewards, deals would not take place.

‘Such fundamentalism put paid to a proposed move for Mario Gotze when the German international asked to wait until after Euro 2016 before deciding on whether to commit to Liverpool. Seeing that move for what it was, Klopp duly pulled the plug. He was not about to build his transfer strategy around a player who could easily be tempted elsewhere in the event of him having a good tournament.’

Klopp also retained an interest in Chilwell, but was reluctant to spend the required £10m on a 19-year-old with no Premier League experience – even if he could have solved the club’s left-back issue. Barrett added:

‘Had Klopp been otherwise inclined, Liverpool would already have a new left back in their ranks but the £10 million fee that Leicester City were seeking for Ben Chilwell, a 19-year-old who is still to make his Premier League debut, went beyond what Klopp thought reasonable and the deal was not done.

‘Given Liverpool had sold Jordon Ibe and Brad Smith for a combined total of almost double that amount, Leicester’s asking price for Chilwell might not seem excessive, but Klopp’s logic is that the minute you start paying over the odds you make yourself a hostage to fortune and that is something he remains reluctant to do.’