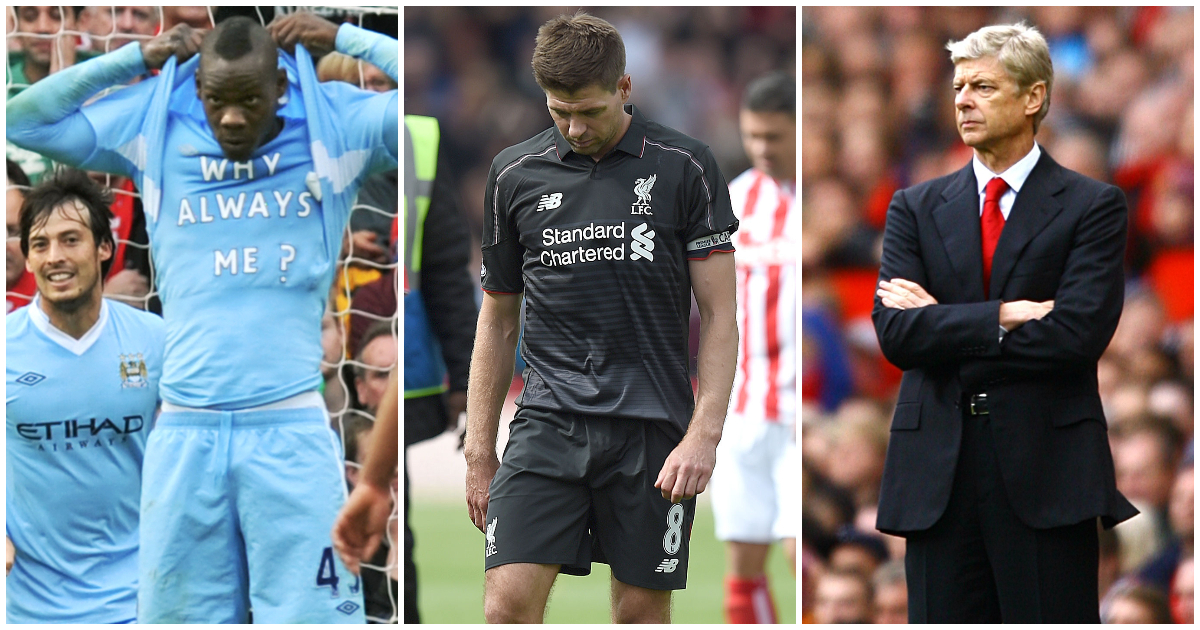 Man Utd and Liverpool are seeking revenge for record-equalling defeats. Only one of the Big Six have previously taken it…

Arsene Wenger: “Of course you feel humiliated when you concede eight goals. It was a terrible day… Of course this hurts, it was humiliating, but you could see we had not recovered physically from Wednesday night [when Arsenal beat Udinese in the Champions League], we had eight players out, they had class and they punished us.”

Wenger: “We were a bit unlucky to lose the game like that. Overall I believe there were plenty of positives from the way we responded. I have made many thousands of substitutions in my life, not everybody will agree. I make decisions, I stand up for them, that’s it. ”

Worst defeat: Manchester City 6-0 Chelsea
February 10, 2019: City scored four goals inside the first 25 minutes and Sergio Aguero finished with a hat-trick at the Etihad to leave Maurizio Sarri’s side in sixth place after their worst defeat in 18 years.

Sarri: “My feeling this week was really good. It was good during training and the technical meeting and the warm-up. The goal after three minutes made it very difficult to play against these opponents, who played fantastic football.”

Next meeting: Carabao Cup final: Chelsea 0-0 Man City (City won on penalties)
Chelsea had only a fortnight to wait before their chance for revenge and though they shut City out at Wembley, they couldn;t break the deadlock themselves in a final best remembered for Kepa Arrizabalaga’s show of defiance when Sarri attempted to substitute the goalkeeper.

Sarri: “It was a big misunderstanding. I understood he had cramp so I didn’t want the goalkeeper to go to penalties in that physical condition. I only realised the situation after three or four minutes when the doctor came to the bench. Kepa was right, even if the way he conducted himself was wrong.”

Worst defeat: Stoke 6-1 Liverpool
May 24, 2015: Steven Gerrard endured a miserable send-off in his final game for Liverpool as Stoke embarrassed Brendan Rodgers’ side with five first-half goals and a late strike from Peter Crouch at the Britannia Stadium.

Rodgers: “I’ve got two apologies to make. First of all to the supporters because that was nowhere near good enough or competitive enough. A very, very poor performance. The second apology goes to my son because after the game I was supposed to go off to Wembley to watch him in a play-off final, but I can’t leave here and shoot away. There’s a lot of reflecting to do.”

Next meeting: Stoke 0-1 Liverpool
Rodgers and the Reds were given the chance for revenge at the earliest possible opportunity, with Liverpool returning to Stoke on the opening day of the following season. Philippe Coutinho won it late on with a long-range stunner.

Rodgers: “Always felt last season’s result at Stoke was a one off. The players can put that behind them now and focus on moving forward.”

Worst defeat: Middlesbrough 8-1 Man City
May 11, 2008: Four months before Sheikh Mansour’s millions brought the good times to the Etihad, Sven Goran Eriksson’s City were battered by Gareth Southgate’s Boro on the final day of the season in the final game of the Swede’s reign.

Eriksson: “It is difficult to take whenever you lose, but when you lose like this, it is awful. To concede a penalty and have Richard Dunne sent off was a bad start but we were in the game until it was 3-0. After that, mentally we had nothing left. We were not even on the pitch – the team had totally gone and it was embarrassing for everyone.”

Next meeting: Middlesbrough 2-0 Man City
October 29, 2008: Five matches after the takeover, City returned to The Riverside under Mark Hughes, who took issue with the officials, while Shaun Wright-Phillips was caught giving Gareth Southgate a two-fingered salute.

Worst defeat: Man Utd 1-6 Man City
October 23, 2011: The noisy neighbours inflicted United’s worst home defeat since February 1955 as the champions conceded six at home for the first time since 1930 to allow Roberto Mancini’s men to go five points clear at the top of the table.

Ferguson: “I can’t believe it. It’s our worst-ever day. It’s the worst result in my history, ever. Even as a player I don’t think I ever lost 6-1. It’s an incredible disappointment.”

Next meeting: Man City 1-0 Man Utd
April 30, 2012: The next derby was less humiliating but more damaging, with Vincent Kompany’s header sending City above United at the top of the Premier League with only two games to go.

Ferguson: “He [Mancini] refereed the game. He was out on that touchline the whole game haranguing the referee, the fourth official and the linesmen. The minute I come off the bench for a bad tackle by De Jong on Welbeck, he was out again. He can’t have it both ways. He’s been complaining about referees this season but he won’t be complaining tonight that’s for sure.”

Worst defeat: 7-1 v Newcastle
December 28, 1996: Alan Shearer, Les Ferdinand and Rob Lee all bagged a brace as Kevin Keegan’s entertainers battered Gerry Francis’s stunned Spurs. Francis’s stunned reaction was cited by Keegan as one of the reasons he stepped away from management a couple of weeks later.

Francis: “It was not a very pleasant experience.”

Francis: “I’m in the last year of my contract. I realise that at a club like Tottenham you’ve got to achieve. You’ve got to get results.”

From Planet Football: A detailed recollection of Newcastle 7 Tottenham 1 in December 1996