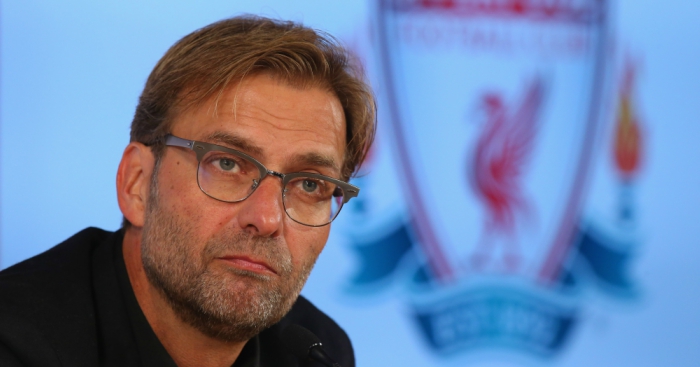 Jurgen Klopp spoke about plenty of things in his first Liverpool press conference, from the “need to have a stable defence” to the transfer committee.

The German was appointed at Liverpool on October 8, 2015, and was hailed as ‘the charismatic Indie Jesus’ by a fawning media.

Herer at Football365, we thought we’d review his entire first press conference and revisit five key quotes Klopp made, and how they reflect on his time in charge since…

Klopp is far from packing his bags just yet, but three years later there is still no title or trophy of any kind. The German guided Liverpool to the League Cup final four months after his appointment, then the Europa League final another three months after that. Both ended in defeat.

The most recent final was in the Champions League: an undoubted step up from his first two as Reds manager, but still a losing attempt. If he is to stay true to his word and avoid a managerial stint in Switzerland – although apparently his words were not contractually binding – then a trophy must be won in the next 15 months. It really ought to be soon.

Less than three years later, Liverpool certainly have “speed”, “technical skills” and “tactical skills”. For “good defenders”, see the most expensive in history and a World Cup finalist. For “good midfielders”, see the two who have joined this summer for nearly £100m combined. For “good strikers” and wingers, see last season’s goal tally.

Perhaps it was a Freudian slip, but the lack of mention of the importance of a good goalkeeper is noteworthy in retrospect. Although considering Alisson is only the third keeper he has ever signed for a fee, it is hardly surprising.

Oh my. There have been many adjectives used to describe Liverpool’s defence over the past three season, but “stable” is towards the bottom of the list.

But as of yet, ‘stable’ is not quite the appropriate term. The arrival of Alisson, as well as a full pre-season for Virgil van Dijk, really ought to change that.

Liverpool have signed 17 players since Klopp’s appointment. The first was Marko Grujic, who was bought in January 2016 but only joined that summer. Steven Caulker was second. It has been quite the journey.

Klopp has certainly been backed. Liverpool have spent £385.85m across the six windows he has been in charge for. That is more than Manchester United (£317.95m), and less than only Manchester City (£507.8m) in Premier League terms. The club have delivered most of his first-choice targets to such an extent that he refuses to countenance signing an alternative. The fact that the words ‘transfer’ and ‘committee’ are rarely heard with regards to Liverpool anymore is credit to how effective it has become.

His main targets have joined. No player has been sold without his say so. There have been absolutely no articles calling for the beautiful head of Michael Edwards. It is a far cry from Roy Hodgson proudly parading Joe Cole, Milan Jovanovic and Danny Wilson around at Anfield.

How do you describe yourself?