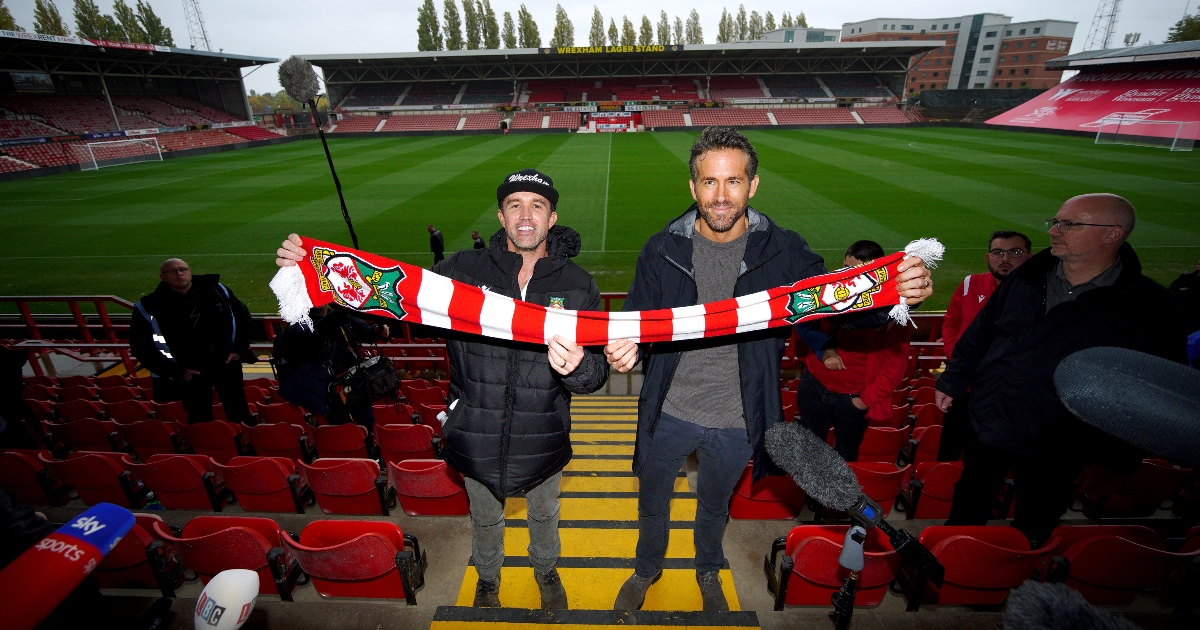 Wrexham co-owners Ryan Reynolds and Rob McElhenney say they are dreaming of reaching the Premier League with the fifth-tier outfit.

The American actors took 100 per cent ownership of the Welsh club in February and attended their first match on Tuesday evening against Maidenhead.

They will be in attendance on Saturday when Wrexham welcome Torquay to the Racecourse Ground.

OGS ‘ordered players around’ and Ronaldo could be DROPPED

Reynolds and McElhenney appeared in front of media for the first time on Thursday night, outlining their goals for the National League club.

Deadpool star Reynolds said: “We’ve been surprised how emotionally invested my friends and family are in this. It’s something incredibly contagious.

“It’s been tough as it’s been a year plus (since making their bid to buy Wrexham in September 2020) watching from afar and following on social media.

“I don’t profess to be a football expert, but I see the beauty of the fan and I see it through others.

“We’d be lying if the dream wasn’t the Premier League. We want to get back in the Football League and continue our way upwards.”

We didn’t want our first win to be away anyway.☺️ Congrats to @MUFCYorkRoad on a tough game. See you at Y Cae Ras @Wrexham_AFC 🏴󠁧󠁢󠁷󠁬󠁳󠁿 pic.twitter.com/74Ucxk9Wwr

McElhenney, the creator and star of American TV comedy series It’s Always Sunny In Philadelphia, said: “Why not dream big?

“Promotion and relegation, they are big stakes. That was the key to it all. It’s not something we’re used to back home.

“The club has been in this league for 13 years and some things are going to have to change.

“Some great people have kept the club alive in this time, but we are going to make some adjustments to meet the changes needed.”

Elsewhere, Lionel Messi has told former club Barcelona that Xavi would be his pick to succeed Ronaldo Koeman, according to reports.

Barca first-team coach Koeman was sacked on Wednesday night after his side suffered a 1-0 defeat at Rayo Vallecano.

And the La Liga club are moving quickly to replace Koeman with Cadena COPE claiming former Barcelona midfielder Xavi has been ‘chosen to sit on the Barca bench next season’.