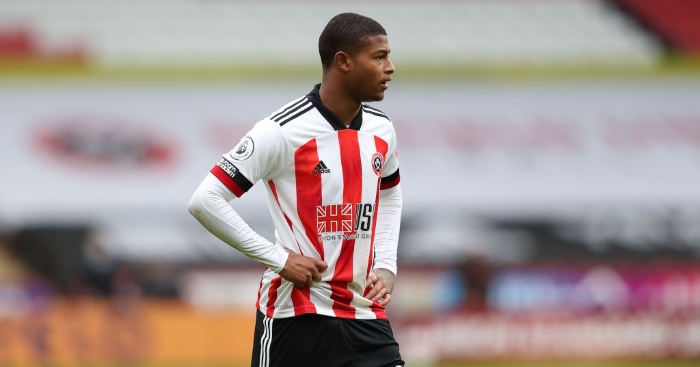 New Sheff Utd signing Rhian Brewster says he is prepared for a ‘weird but nice’ return to Anfield when the Blades play Liverpool today.

The forward could make his first Premier League start when the two sides meet at 20:00 this evening.

Brewster was signed by manager Chris Wilder for £23.5 million during his search for a new striker.

FEATURE: Everybody goes weak at the knees for… the irresistible David Ginola

The 20-year-old has now opened up about the move and his return to Anfield.

He said: “It’s going to be a bit weird. But it will be a nice moment, just to see everybody. I didn’t get to say goodbye because it [the transfer] happened so quick.”

While at Liverpool, the player was out for 14 months with a devastating ankle injury.

Speaking about that time, he said: “When I got injured I was out for a long time. You look for stuff in your life that helps you and symbolises your life. The quote ‘timing is everything’ does symbolise it.”

Brewster is currently settling into life at Bramall Lane with his new teammates. He made his debut for the club by coming off the bench in their 1-1 draw with Fulham.

Captain Billy Sharp helped to salvage a point late on in the match.

When asked about his time at Sheff Utd, Brewster said: “All the players say how good of a finisher I am and stuff like that. Coming from them, that is amazing.

“That means a lot but that’s not for me to take and be ok with, it’s for me to carry on doing what I’m doing, carry on working hard and practicing on it.”

The striker will be hoping for a big performance this weekend on his return to Liverpool. Three points would be huge for Chris Wilder and his team following their difficult start to the campaign.

They sit 19th in the Premier League after five matches.