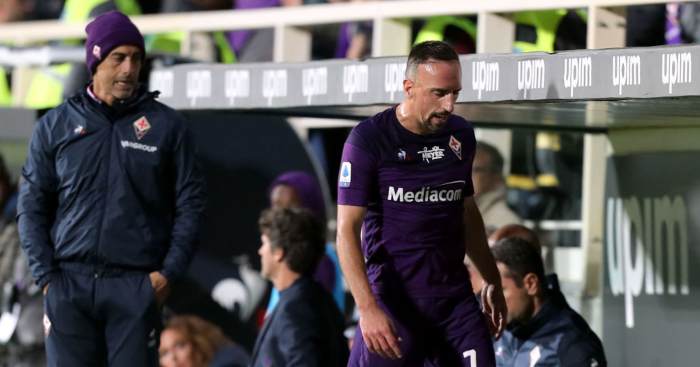 The 36-year-old former France international could be facing a lengthy ban after the incident on Sunday night.

Fiorentina were beaten 2-1 at home by Ciro Immobile’s last-minute goal in the Serie A clash.

Moments before, La Viola felt they should have been awarded a free-kick for a foul but the referee waved play on and Ribery let his frustrations be known after the final whistle.

He was seen on camera in a heated exchange with the linesman, who was forcefully shoved twice as Ribery protested. Serie A officials have since confirmed that the Frenchman was shown a red card following the game.

On Monday, Ribery said sorry for his actions, posting on Twitter: “I apologise to my teammates, the coach, the fans. I apologise to (linesman) Mr. Passieri.

“I was very upset and sad after the end of the match. I hope he can understand my state of mind.”